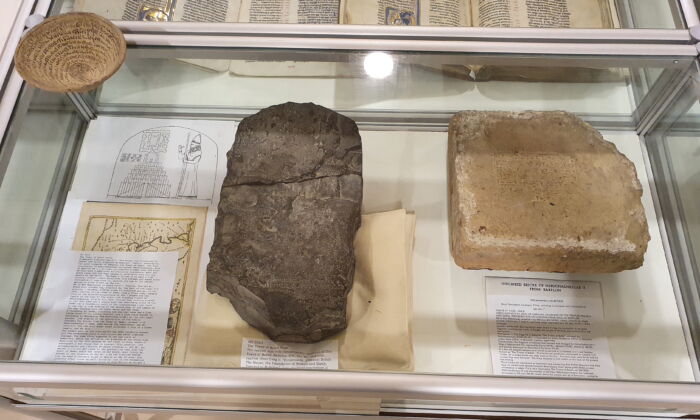 COPENHAGEN, Denmark—Nearly 100 missing tablets and other archaeological objects from ancient Mesopotamia have been found in Norway and seized, police said Friday.

Authorities said they would now be examined to determine their authenticity and establish their provenance if possible.

The Norwegian National Authority for Investigation and Prosecution of Economic and Environmental Crime said they were “objects of significance to the global cultural heritage.”

The agency said it had “assisted the [Norwegian] Ministry of Culture in a matter in which Iraqi authorities have reported a large number of ancient artifacts missing which they suspect have been smuggled out of the country.”

“A large number of objects were seized during the search, and a number of witnesses interviewed,” the agency known as Oekokrim said. “Our assistance is not an ordinary police investigation, but is limited to locating the missing objects.”

The police didn’t say how or when the objects ended up in Norway. No further details were immediately available.