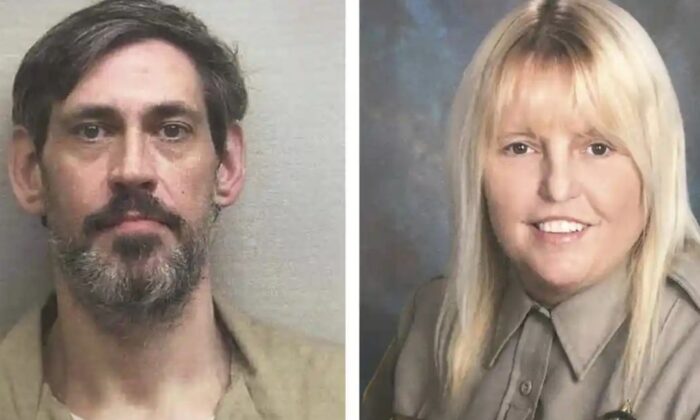 “That relationship has been confirmed through our investigation with independent sources and means,” the department said in a statement. The sheriff’s office did not elaborate.

Cole White is believed to be traveling with Vicky White, and the two are not related, sheriff’s officials said. On Monday, a felony arrest warrant was issued for Vicky White after the two went missing on Friday, April 29.

Authorities believe the pair may be in a gold or copper-colored 2007 Ford Edge with damage to the rear bumper, officials told WAFF.

“When something like this happens in the jailhouse setting, inmates are coming forward with all kinds of information, and obviously some of that is if there was a relationship,” Lauderdale County Sheriff Rick Singleton, whose office operates the lockup where White was imprisoned, told NBC News on Monday. “We’re certainly pursuing that and looking into it and trying to confirm if there was or was not a relationship.”

Singleton said that inmates told officials that the two were romantically involved after they both vanished last week. Meanwhile, Vicky White had told co-workers that she was taking Casey White to a court evaluation shortly before they went missing last week, he said.

But Singleton added that instead, the two went to a shopping area parking lot. There was no such court evaluation scheduled at that time.

Casey White was serving time for attempted murder and burglary. He was scheduled to go on trial on a murder charge in connection to the stabbing death of a 58-year-old woman and could face the death penalty if convicted.

Officials have said that Casey White is 6 foot 9 and weighs about 260 pounds. Singleton told news outlets that he would be shocked if the two “were still in Alabama,” adding that officials at the Canadian and Mexican borders have been notified.

“All of her co-workers are devastated. We’ve never had any situation like this with Vicky White. She was a model employee,” Singleton told CNN Monday, adding that she had “an unblemished record” and was described as “an exemplary employee.”

“If she did this willingly, and all indications are that she did … I guess we’re trying to hold on to that last straw of hope that maybe for some reason she was threatened and did this under coercion, but absolutely you’d feel betrayed,” the sheriff added.