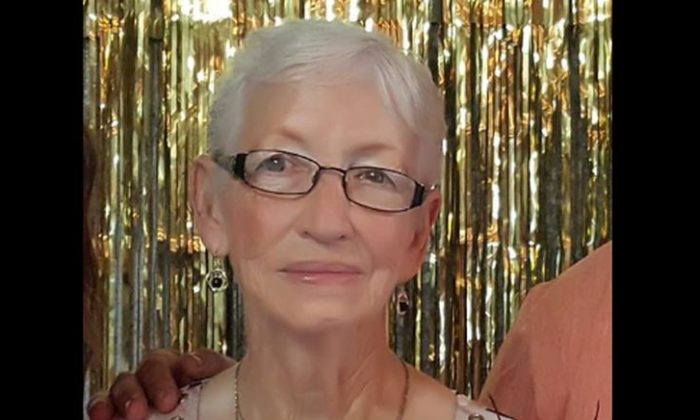 A body found in a Florida river is that of an Alabama woman who went missing last month, according to law enforcement.

McBride, from Pollard, Escambia County, was found next to the Escambia River in Jay, Florida, NBC15 reported.

“On 12/9/18 at approximately 11:00 am, the Santa Rosa County Sheriff’s Office Dispatch Center received a call in reference to an individual who was found deceased along the bank of Escambia River in Jay,” said a press release from officials, according to AL.com. “The location was approximately 1 mile south of Terrell Landing Boat Ramp.”

Officials said, “Detectives are actively working this death investigation. The deceased was an adult female.”

A daughter of the woman, Cindy Brittingham, said she became alarmed when her mother didn’t show up for church for cleaning services on Nov. 24, WKRG reported.

Officials with the Escambia County Sheriff’s Office previously said that “no foul play has occurred” in her disappearance. However, they are “assuming the worst” in the case and opened a homicide case, the report said.

Police and search crews went through her home and searched a nearby wooded area. McBride reportedly also suffers from a medical condition that may impair her judgment.

Another daughter of the woman, Evon McBride, said she thinks her mother was abducted.

“I don’t feel like she’s in the woods over here,” the daughter told WKRG. “The only thing that makes sense is that someone was involved.”

Anyone with tips in the case is being urged to call the Escambia County Sheriff’s Office at 251-809-0741.

Meanwhile, the organization has received more than 10 million reports via its online tipline and the majority are about of images that show alleged sexual abuse of children, online “sextortion” attempts, child sex trafficking, and sexual molestation.