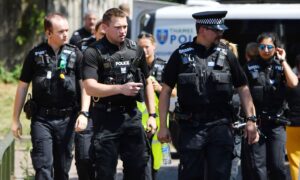 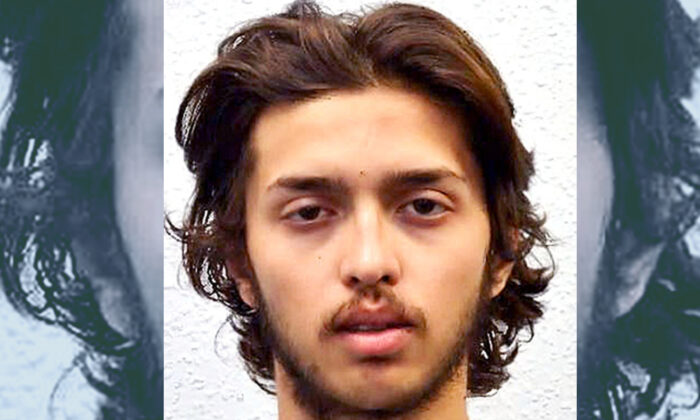 Sudesh Amman, a home-grown British jihadi who was killed by police on Feb, 2020 as he attacked people with a knife in Streatham, is pictured in this undated police handout. (PA)
UK

Two days before his crazed knife attack in a busy London shopping street, home-grown jihadi Sudesh Amman had been spotted in Poundland buying small bottles of Irn-Bru, parcel tape, and kitchen foil, which undercover police (correctly) guessed he was going to fashion into a fake suicide belt.

Amman was on probation, having been released just 10 days earlier halfway through a sentence for terrorism offences.

Despite concerns by MI5 and police, however, the prison and probation services decided not to recall Amman to jail.

That decision was described as a “missed opportunity” on Aug. 19 in the conclusion of an inquest into the incident in Streatham on Feb. 2, 2020.

Amman had finished serving a terrorism-related prison sentence just 10 days earlier and was living at a probation hostel in Streatham when he stabbed a man and a woman before turning to charge at two armed police officers who gave chase.

He was shot dead by police.

The inquest jury and the Royal Courts of Justice said in their verdict that he had been killed lawfully by officers.

Police and MI5 teams described Amman as “one of the most dangerous individuals” that they had investigated, saying it was a question of  “when not if” he would launch an attack.

After he was spotted picking up pieces for the fake suicide vest, which he wore during the attack, he was kept under round-the-clock armed surveillance instead.

Amman, who had pledged allegiance to the terrorist ISIS group and was said to have plotted to kill the Queen.

He had been jailed for three and a half years for obtaining and distributing material used for terrorist purposes.

In jail, he was said to have revelled in his notoriety as a young terrorist, and mixed with other high-profile offenders including the brother of Manchester Arena bomber Salman Abedi.

Despite pleas from the prison governor to keep him in custody, he was granted automatic release after serving only half his sentence.

The case resulted in a new law removing the automatic release of terror offenders on determinate sentences, meaning they now routinely serve two-thirds of their sentence before their custody status is decided by a Parole Board.

Responding to the conclusion, Met Commissioner Dame Cressida Dick praised the officers for “their professionalism, courage, and decisiveness in the most challenging of circumstances—fast-moving, horrific, and frightening.”

She added: “The attack happened on a busy high street, and quite simply their quick actions almost certainly saved lives.”

Amman’s family already conceded police had little choice but to shoot the 20-year-old, who was born in Coventry and lived in Birmingham and north-west London.