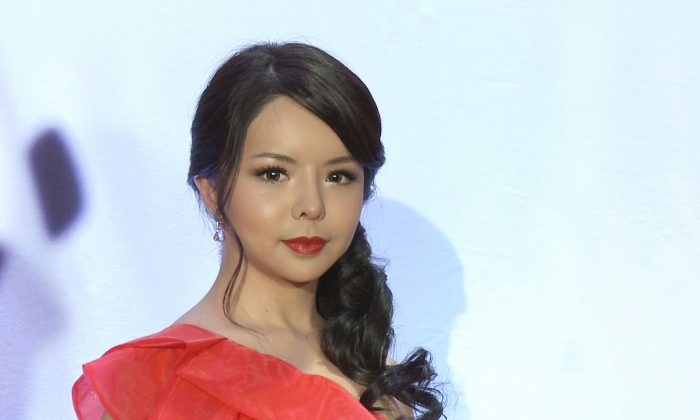 Anastasia Lin on the red carpet of the Leo Awards in Vancouver, Canada, on June 5, 2016. (Courtesy Flying Cloud Productions)
China

Miss World Canada: ‘My Voice Was Not Being Heard’

Anastasia Lin, the beauty queen and human rights advocate against mass organ harvesting carried out by the Chinese regime, has spoken out after she was allegedly silenced.

The Miss World Canada winner said that the Chinese Communist Party has killed Falun Gong practitioners for their organs since the persecution of Falun Gong began in July 1999. Formally known as Falun Dafa, Falun Gong is a type of traditional Chinese meditation practice.

Speaking with NBC, Lin, 26, said Miss World pageant organizers made it difficult for her to speak to the media after she notified them via text messages or email.

Pageant officials, meanwhile, didn’t allow her to meet with a Department of State official about harassment of her father in China. According to the New York Times, Lin’s friends and relatives said she was refused permission to attend the U.S. premiere of “The Bleeding Edge” in which she plays the lead role as a Falun Gong practitioner and organ harvesting victim. She was eventually allowed to attend the premiere.

“For me, I went there to raise awareness about the causes I care about. It was never really about the crown,” she told NBC News. “My goal was to be the voice for the voiceless. I felt Miss World would be a good platform to have my voice be heard. But as it turned out, my voice was not being heard in the last two weeks.”

Regarding organ harvesting in China, independent researchers former Canadian MP David Kilgour, international human rights lawyer David Matas, and author Ethan Gutmann wrote that state-run medical facilities in China had the capacity to perform between 60,000 and 100,000 transplants each year over the last 16 years, or between 960,000 and 1.6 million transplants total.

“The ultimate conclusion of this update, and indeed our previous work, is that China has engaged in the mass killing of innocents,” Matas wrote in June.

Many of these forced organ transplant victims were Falun Gong practitioners, they added.

Earlier this month, Epoch Times learned through friends of hers that pageant organizers had, until Wednesday, Dec. 14, declined to grant her permission to speak to media outlets, and organizers had threatened her with disqualification if she did so, citing a clause in the contract between contestants and the Miss World Organisation.

Lin told NBC that she understood the Miss World Organization tried to silence her due to its Chinese corporate sponsors.

“It was very difficult. I felt like giving up,” she said. “I knew Chinese people were going to watch, and I said I had to stick in there till the end.”

A spokesperson, Miss World Organization CEO Julia Morley, said that “I can tell you absolutely honestly Ms. Lin has not been blocked from anything,” NBC reported.

The Chinese regime also put pressure on her father, who currently lives in China.

“A couple of days before the competition, he sent me a text message and he said, ‘I can’t take this anymore,'” Lin told NBC. “I can see how much he is in despair. That’s what really made it feel so difficult [during the competition], knowing my father is like that and I couldn’t speak to the media.”

The Miss World organizers allowed her to compete on Sunday.