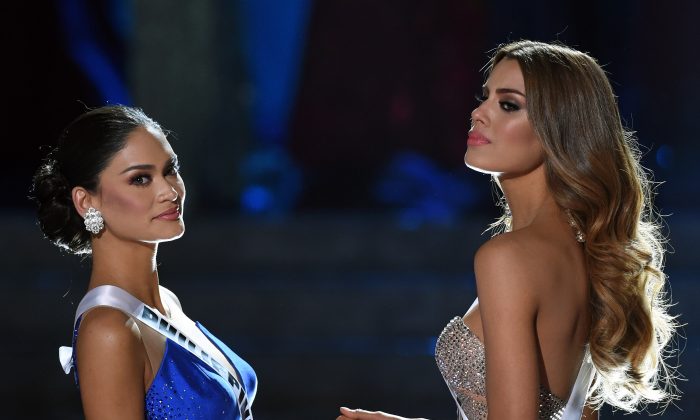 A Miss Universe judge has come forward to explain why Miss Philippines won instead of Miss Colombia.

READ: Miss World Canada, Anastasia Lin, Has Been Banned from Competition in China

Pia Wurtzbach was crowned the winner after a mistake by host Steve Harvey at first had Ariadna Arevalo crowned.

Some are saying that Miss Colombia is still the real winner, but judge and celebrity blogger Perez Hilton disagreed.

Hilton said that Arevalo was an early favorite but the way she acted while answering the second question–“Why do you think you deserve to win the Miss Universe crown?”–was a “major turn-off.”

“I don’t know if the people at home could see this, but Miss Colombia was being straight-up diva [expletive] rude to her translator. She was giving the most awful side-eye, throwing major shade,” he said on his podcast after the competition.

“Miss Colombia was not happy with the pace or the way that the translator was translating.”

On the other hand, Wurtzbach delivered on the second question, Hilton said.

READ: This Is the Card That Confused Steve Harvey at the Miss Universe Pageant

“It wasn’t just that [Miss Colombia] came across—not just to me but several of the other judges—[expletive] and arrogant. It was that Miss Philippines gave a better answer,” he said.

“It was the second time she [Wurtzbach] gave a great answer, actually a better answer. I was like whoa, [Wurtzbach] really brought her A-game and was super competitive but also…she just deserved it. To me, there was a real beauty and grace and elegance [in her]. She was Miss Universe.”

Hilton concluded: “I will go on the record now and state: Miss Colombia was the most beautiful contestant. But I don’t think she deserved to win the title—and she didn’t win the title.”

Hilton also weighed in on how Harvey made the mistake, saying the host “just didn’t do his job well, period.”

“There is a prompter but the moment where he crowns the winner isn’t on the prompter because that moment, they don’t want the other girls to know, so it was just on his card and he read it incorrectly,” Hilton said on Good Morning America.

But the Miss Universe organization apparently didn’t agree, with an executive saying that Harvey is welcome back as host for next year’s pageant.

“He was funny, he was informative, he’s high energy, he’s got a great following,” Mark Shapiro, the chief content officer for WME | IMG, which bought the Miss Universe Organization from Donald Trump in September, said on the Jim Rome Show.

“I definitely want him back, and I would hate to see him not come back. He’s going to want a shot to redeem himself.”