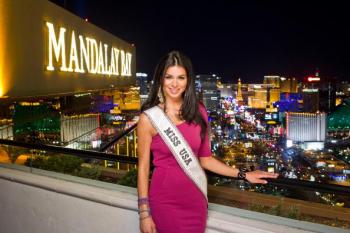 Alex Johnston
View profile
Follow
biggersmaller
Print
Miss Universe contestant Rima Faikh, the winner of the Miss USA contest, said she agrees with President Barack Obama on the issue of freedom of religion surrounding the proposed mosque near Ground Zero, but opposes construction of the project near the site.

Faikh, a 24-year-old Muslim-American of Lebanese origin, said that while she agrees with Obama’s ideological stance, she said it is not practical to place the mosque close to where the World Trade Center towers once stood.

"It shouldn't be so close to the World Trade Center," Fakih told Time magazine. "We should be more concerned with the tragedy than religion."

Faikh, who was the first Muslim to win the Miss USA contest, added that the builders of the proposed mosque, Cordoba Institute, should find another location.

The Cordoba Institute said that they wish to build the 13-story $100 million project, which includes a place of worship, a pool, a community center, and other amenities in Lower Manhattan to foster improved relations between the West and the Islamic world.