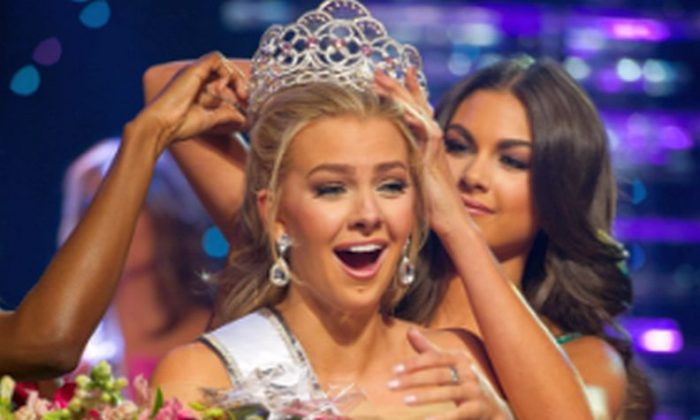 LAS VEGAS — The new Miss Teen USA will get to keep her crown despite an outcry over tweets she once wrote using racist language.

After she was crowned Saturday night in Las Vegas, social media users found tweets containing the N-word linked to an account with Hay’s name.

A screenshot of the four tweets from 2013 and 2014 has been making the rounds online.

Pageant officials, referencing an apology Hay posted to Twitter and Instagram, say the 18-year-old was going through personal struggles and regrets her words.

Hay, of Tomball, Texas, says she will use her platform to advocate for those affected by drug and alcohol abuse.

“I admit that I have used language publicly in the past which I am not proud of and that there is no excuse for,” Hay tweeted. “Through hard work, education and thanks in large part to the sisterhood that I have come to know through pageants, I am proud to say that I am today a better person. I am honored to hold this title and I will use this platform to promote the values of The Miss Universe Organization, and my own, that recognize the confidence, beauty and perseverance of all women.”