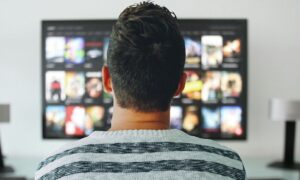 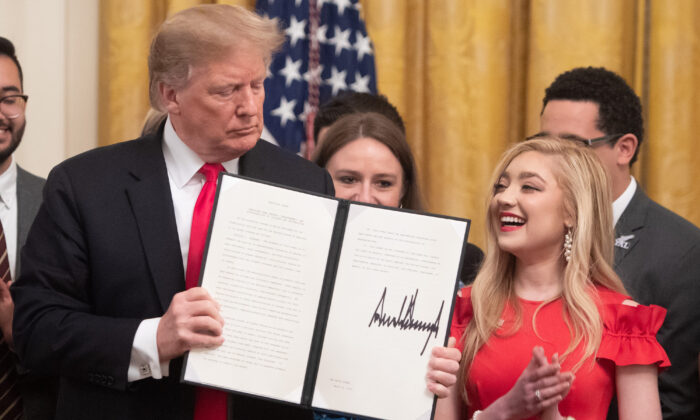 A Miss New Jersey contestant took the stage to warn of an “epidemic of censorship and entitlement,” which she said is silencing young Americans on college campuses.

Justine Murray, the reigning Miss Northern Highlands, competed last week in the pageant at Resorts Casino Hotel in Atlantic City. She was asked by the judges to identify and explain the most important issue her generation faces, and to deliver a social impact statement.

“Our generation is experiencing an epidemic of censorship and entitlement. And it’s because our professors and our celebrities are teaching students to be narcissists, to believe that any view that differs from their own is an existential threat,” Murray replied in a video she posted to Twitter.

“And this is what I experienced on my own campus with censorship to the point where people believe that speech is violence so that they can threaten other people with violence, simply because they disagree with them,” she continued.

Murray attended Syracuse University in New York, which is among the worst American colleges for free speech in a 2020 survey by Foundation for Individual Rights in Education, a non-profit organization focusing on students’ First Amendment rights. Syracuse ranked 51st in the nation’s 55 largest campuses, with over 60 percent of 230 students surveyed saying they felt uneasy to share their perspective on a subject because of how peers, professors, and administrators would react.

When it came to her social impact statement, Murray passionately argued in favor of the First Amendment and freedom of speech.

“It is listed first under the Bill of Rights for a reason. Without it, all other liberties crumble,” the beauty queen told the judges and audiences. “But today, we”re watching free speech get hammered to the ground by the very institutions that are supposed to promote diversity of thoughts.”

“The mere words ‘I’m offended’ are now being used as an excuse to silence students, fire professors, and cancel people simply because they do not tow the popular line of thought,” she added. “And that’s what I experienced—an Orwellian phenomenon, dominating my own campus to the point where it got borderline violent.”

Murray did not place in the pageant, as the crown went to Miss Seashore Line Alyssa Sullivan, who will represent her state in the Miss America competition this December.

“I didn’t win. I didn’t even place. But I wouldn’t have changed a single word,” Murray wrote on Twitter.