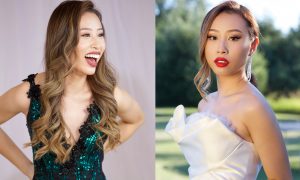 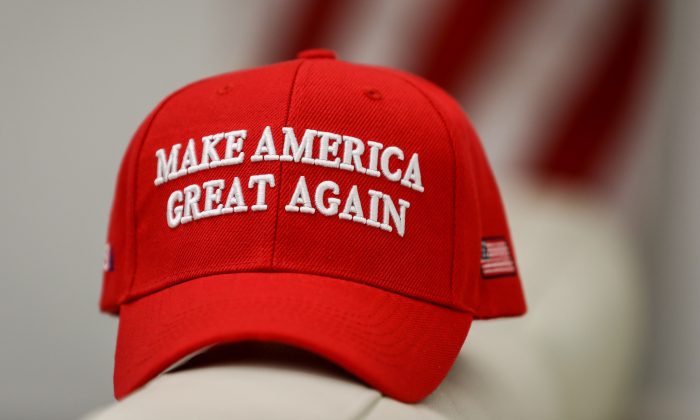 A Ms. America 2019 pageant contestant said she was disqualified for competing and stripped of her Miss Nevada 2019 title because she expresses conservative views on social media and is a supporter of President Donald Trump.

Leading up to the Ms. America pageant, which is set to take place Saturday, Aug. 24, Katie Williams held the title of Miss Nevada 2019 until it was revoked on Aug. 18.

Williams—a U.S. combat veteran and Army National Guard member—said that she felt pageant coordinators targeted her not just because she is vocal about her views on social media, but also because her views are conservative in nature.

Meanwhile, Ms. America Pageant Director Susan Jeske said that Williams’s views had nothing to do with her disqualification, arguing that former Miss Nevada 2019 had violated the pageant’s “No Politics” rule.

Thank you to everyone who supported me, but I have to get this off my chest! #follow #share #repost #dethroned @pageantplanet @joebasrawi @grahamallen1

“As of Sunday, August 18, I was officially disqualified of being in the Ms. America Pageant 2019,” Williams said in a video posted on Facebook and Instagram Tuesday, Aug. 20.

“This comes after many emails, coordinators emailing me saying that I’m ‘too political’ for being in the pageant,” she added. “When I would reply back and ask what I could do or anything else, their basic answer would be to delete everything on my page.”

At first, Williams said pageant coordinators wouldn’t give her an answer when she asked them what specific content they did not like. Later in her video, she says that she was asked by Jeske to separate her own social media pages from her pageant-related social media page, which Williams said she agreed to and did. But according to Williams, Jeske still emailed and messaged her repeatedly, expressing concerns about content on her personal pages.

“I just don’t understand how you can censor someone with conservative values when I’m not really saying anything that’s bad,” she said. “The couple of screenshots she sent me was of me in my Trump 2020 hat, a couple of my posts that said ‘I love America,’ ‘I’m against Antifa.'”

Thank you to everyone who supported me, but I have to get this off my chest!

In the video, Williams continued by saying how she felt like she had been singled-out, adding that other contestants who had shared posts that could be considered political—but that contained more liberal-leaning content—were not being questioned by pageant coordinators.

“For them to not say anything about that and for them to get mad at me for supporting my current sitting president, I couldn’t believe it,” Williams added.

Instead, Williams said she had told Jeske that she felt “if I had more liberal views, less conservative views, that this wouldn’t even be an issue,” but said that Jeske assured her that it wasn’t the case.

My response after her email stating I’m disqualified.

Here are screenshots of the Facebook conversation I had with Susan Jeske, CEO of the Ms. America Pageant, showing her initial support of my political beliefs. pic.twitter.com/3wEfZG6DQB

“There are many women in the pageant that post many things that are more liberal leaning and I can’t help but feel that because of my conservative values and beliefs that this is just another example of censoring thought,” Williams said she wrote in response to Jeske’s email stating that she was disqualified, according to a Twitter post.

“I stand by everything I’ve posted. I don’t think I’ve posted anything wrong,” Williams added in the 8-minute video. “And if anybody wants to go and look at my page, feel free, I leave it public for a reason.”

A statement on the Ms. America website said that Williams wasn’t disqualified due to her conservative views, but because she had violated the “No Politics” term of the pageant.

“The purpose for these Rules and Regulations is that the Ms. America Pageant does not want to be seen as endorsing any political candidate or political cause,” the statement, which Jeske also shared on her own Facebook page, reads.

In the statement, Jeske alleged that “Williams is distorting the facts.”

Conservative activist Courtney Holland, said she contacted Jeske directly and spoke to her.

Holland wrote in an Aug. 21 Twitter post: “Jeske is also a Trump supporter and said that Katie Williams was not disqualified from the pageant over her conservative views, rather it was because Katie continued to violate the No Politics rule.

“Prior to being accepted into the pageant, Jeske says that she did not see any political posts on Katie Williams’ social media account and that the political posts did not start until after Katie signed her contract in April of this year,” Holland added.

“Jeske said that the rules are the same for everyone no matter their politics. She had asked Katie to keep her political posts separate from anything that connected her with the pageant.” she continued.

An email sent to Williams notifying her she has been disqualified showed explicitly in its footnotes where pageant coordinators deemed that Williams had violated the rules. This included two personal Facebook pages, both of which showed she is “promoting a political candidate in the 2020 election in the Profile picture,” while also showing that Williams was linked with Miss Nevada 2019 and Ms. America 2019 pageants. One of the pages also featured multiple political statements.

The footnotes and email was shared by Holland on Twitter. Holland also included the screenshots, along with markups the elements that the footnotes appear to reference such as: “Miss Nevada 2019” in the profile description while displaying a number of political posts, and a profile photo of Williams wearing a “Trump 2020” hat.

Jeske said that Katie did not remove her title of Ms. Nevada 2019 from her personal Facebook page, that included political posts, after many requests to do so.

On August 1st, Jeske emailed all the contestants reminding them of the No Politics rule as seen here: pic.twitter.com/0FHSwAUvba

“Jeske said that Katie did not remove her title of Ms. Nevada 2019 from her personal Facebook page, that included political posts, after many requests to do so,” Holland added in a subsequent Twitter post.

However, Williams did not appear to express she was aware that doing so—showing the Miss Nevada 2019 title on her personal Facebook page while showing political posts on the same page—was in violation of the pageant rules in the 8-minute video post on social media.

Williams also expressed in the Instagram video that she did not understand why Jeske had encouraged her in a Facebook message to get photos of celebrities and elected officials while in her sash at a conservative event where many would be attending.

Here are screenshots of the Facebook convo she had with Susan Jeske, CEO of the Ms. America Pageant, showing her initial support of Katie’s political beliefs

She even encouraged her to get a photo with her sash with @realDonaldTrump & @DonaldJTrumpJr at the TSAS event w/ @TPUSA pic.twitter.com/a6MFGAF5eV

When Jeske was asked why she encouraged Williams to take photos with her sash and Trump & Trump Jr., Jeske said that the pageant “encourage[s] contestants to get pictures with celebrities & elected officials.

“Posting a picture with the US President is not viewed as a political statement as many pageant contestants have to take pictures with elected officials from both political parties. Jeske said that as long as the picture isn’t an endorsement of that person then that is fine and encouraged,” Holland wrote.

Here is the list of rules for the pageant.

The rules state that it is clearly a No Politics Pageant however, it is still unclear as to why Susan Jeske, the pageant CEO, encouraged Katie via Facebook Messenger to get pictures with her sash on with Trump and Trump Jr. pic.twitter.com/1yPkON0ARb