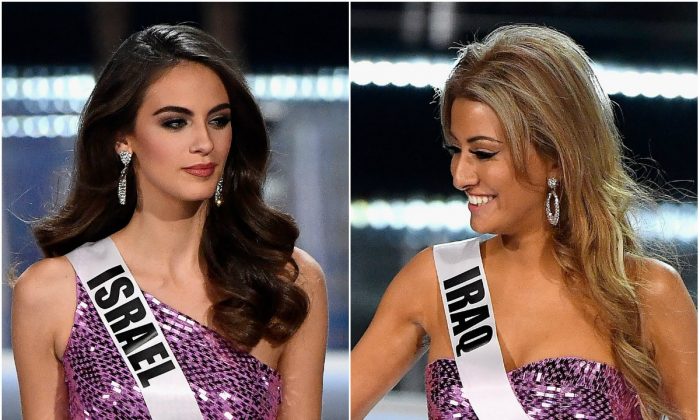 Family members of Miss Universe Iraq have fled their country after the beauty contestant posted a picture on Instagram of her posing with Miss Universe Israel. The relatives have received death threats, according to Miss Israel, Adar Gandelsman.

Gandelsman has been in contact with Miss Iraq, Sarah Idan, and said some people in Iraq had a problem with the two of them posing together as well as with Idan posing in a bikini.

“The two of those things together caused a mess for her back home where people made threats against her and her family that if she didn’t return home and take down the photos, they would remove her [Miss Iraq] title, that they would kill her,” Gandelsman told Israeli TV, The Times of Israel reported.

“Out of fear, they left Iraq at least until the situation calms down,” she added.

Idan now lives in the US, according to her Facebook page.

“I’m not the first nor the last person to face prosecution over a matter of personal freedom. Millions of Iraqi women live in fear,” she tweeted in response to the news of her family fleeing.

I’m not the first nor the last person to face prosecution over a matter of personal freedom. Millions of Iraqi women live in fear. #freeiraqiwomen https://t.co/Vt0YjFbyf4

There doesn’t seem to be any photo of Idan in a bikini on her Instagram, though she did participate in such a photoshoot for the pageant.

The photo of her with Gandelsman is still up.

“Peace and Love from Miss Iraq and Miss Israel,” Idan wrote on the Nov. 13 post.

On Nov. 14, she posted a response to the criticism she’s received online:

When I faced the beauty queen of Israel for the photo of Miss Universe she greeted me and told me that she hopes that the day will
come when there will peace between the two religions and when she will not watch her children being forced into military service.

She asked me if I wanted to take a photo with her. I told her I too hope for peace and I will be pleased to spread the message of peace.

I would like to point out that the purpose of the photo was only to express hope and desire for peace between all countries and our presence in the same place during Miss Universe, as beauty queens and ambassadors for peace, and wanted to spread this message.

This publication is not an endorsement of the Israeli government and it does not mean agreeing or accepting their policies in Arab world.

I want to apologize to everyone who considered this as undermining the Palestinian cause since this was not the objective of the publication. It was a call for peace and hope for a solution to the crisis.”

Iraq doesn’t recognize the Jewish state and is still technically at war with Israel.

Gandelsman also posted a picture with Idan on Instagram, writing, “Get to know, this is Miss Iraq and she’s amazing.”

Get to know, this is Miss Iraq and she's amazing❤️

“She did it … so that people can understand that it’s possible to live together,” Gandelsman later said.

Idan, 27, grew up in Baghdad during the war with the United States. She wanted to leave the country, so she approached the U.S. troops and offered to work with them.

“I knew that if you work with them then there’s a chance you can go to the U.S.,” she said in the introduction video presented during the pageant.

“I served both countries—Iraq and the United States. It made me grow up. It made me a better person. I’m just happy and honored that I had this opportunity,” she said in a Miss Universe video.

She described herself as brave.

She’s is the first Iraqi beauty queen to participate in Miss Universe since 1972.