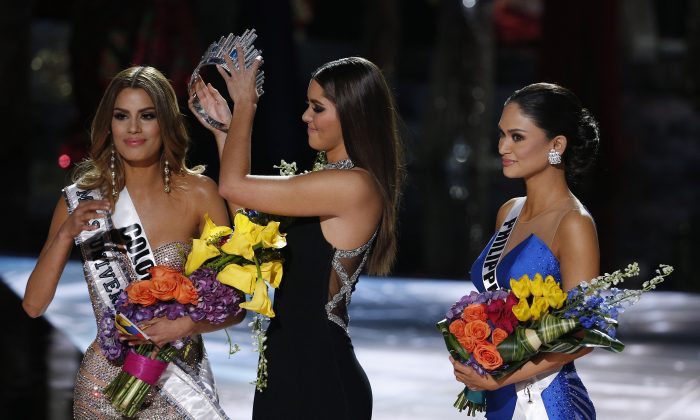 Miss Germany has revealed that none of the other contestants believe Miss Philippines should have won Miss Universe.

Miss Colombia Ariadna Gutierrez Arevalo was at first announced as the winner, before presenter Steve Harvey corrected his mistake and named Miss Philippines Pia Alonzo Wurtzbach as the winner of the international pageant.

But Sarah-Lorraine Riek, who was competing as Germany’s representative, told the blogger Natalia Cruz that she thought Arevalo should have won for real.

“I really couldn’t believe it, I was so upset. For me (she was robbed) as the real winner,” she said.

Posted by Missosology on Sunday, December 20, 2015

“I was very happy for Miss Colombia because she really deserved it. I’m really not happy with the result and so are the other girls, I’m sorry to say it.”

She explained that–supposedly–none of the other contestants thought Wurtzbach should have won.

“Because no one of us voted for Philippines,” she said.

The video has gone viral, but many people are slamming what Riek said.

“Your opinion doesn’t matter Ms. Germany, you’re one of the CONTESTANTS, you’re not the Judge. Lol…” said another.