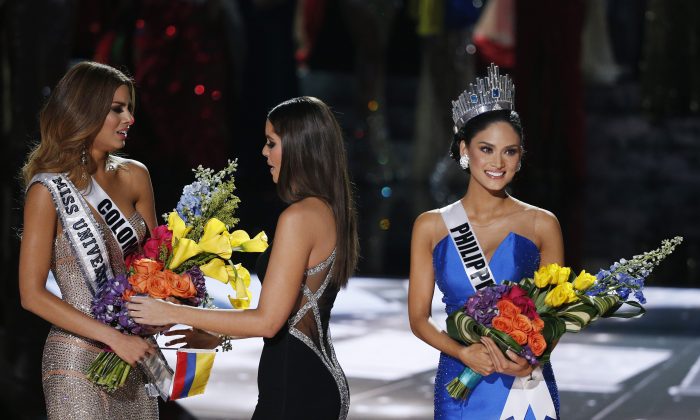 Miss Colombia Ariadna Gutierrez says that the Miss Universe pageant was rigged to crown her before switching the crown to another contestant in order to generate higher ratings.

Gutierrez was announced as the winner by host Steve Harvey before he rushed forward to say he’d made a mistake in reading the card, and Miss Philippines Pia Alonzo Wurtzbach had actually won.

Speculation was rampant and included the theory that the pageant organizers had ordered the gaffe to happen to boost ratings.

Gutierrez suggested that she believes the theory might be true.

“If that was the goal, they succeeded,” she said during an interview with Colombia’s W radio.

Miss Colombia also said the antics were a slap in the face to her heritage.

“It was very humiliating for me, but also for the whole country and for all the people not only from Colombia but the other Latinos that were in the auditorium,” she said.

Donald Trump, who previously owned Miss Universe, said afterward that Miss Colombia and Miss Philippines should have been crowned co-winners due to the situation.

“For the first time, I agree with him,” said Gutierrez.

But a Miss Universe judge had indicated that wasn’t an option, explaining why Wurtzbach was crowned.