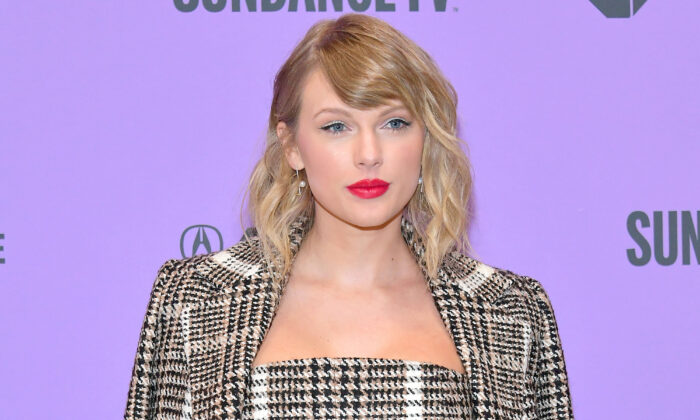 ‘Miss Americana’ Highlights the Pros and Cons of Fame

Netflix recently released the documentary “Miss Americana,” profiling Taylor Swift’s life and rise to fame. I wasn’t going to watch it, mostly because the trailer seemed to be one big progressive talking point, but I did, and it was surprising, if not revealing:

The documentary showcased just as much about human nature, fame, and songwriting as it did Swift’s politics, public relations battles, and controversial views.

The documentary shows select highlights and lowlights of Swift’s career, leading up to a few pivotal moments that led Swift to become more vocal about politics than she had been. It paints a picture of a naive, but talented songwriter, working toward fame and award-winning albums—and doing this successfully—but something’s missing.

While the trailer framed the gaping hole in Swift’s life to be political involvement, it’s clear in the documentary the old adage “It’s lonely at the top” is true for her. She enjoys being on top of the world when she’s singing to a stadium packed with hundreds of thousands of fans, but she still goes home alone, and that eats at her.

I hadn’t expected getting several glimpses into the humanity of the star who, although she writes about break-ups, still always looks gorgeous, polished, and poised. It’s hard not to feel empathy for Swift when her publicist tells her “Reputation” has essentially been snubbed for a Grammy nomination in any of the major categories. She responds, choking back tears and vowing to simply “make a better record.”

I was surprised to see Swift talk for several minutes about the pressure she feels to remain thin, even insinuating she struggled with an eating disorder at one point. While she always does look trim and beautiful, she’d never said anything about a battle with food. As a woman, this was surprisingly relateable, and I’m sure many others can empathize with the need to look good all the time.

Swift details her experience of confronting a radio DJ who groped her that culminated in a trial she won. Not only did she get on the stand in Colorado, Swift, who had witnesses and a photograph proving the assault, still felt unnerved and had sympathy for all the women out there with less evidence and the kind of financial backing she has.

Eventually, we learn many of these events, particularly her sexual assault case, led Swift to believe she should become more vocal about politics. But this seemed problematic to me. It wasn’t her personal views on political topics I had a problem with—in America, you’re free to believe what you wish—my problem was that many of them seemed to be based on the wrong information or a lack of nuance required to get beyond a superficial understanding of a policy.

For example, at one point Swift says that she opposed Marsha Blackburn’s U.S. Senate run because Blackburn was against the Violence Against Women Act, which she was. A closer look reveals that Blackburn had significant reasons for voting against the all-encompassing bill and actually voted for a Republican alternative, per Politifact. So while it’s fine for Swift not to support a candidate for whatever reasons she chooses, refusing to do so because of Blackburn’s lack of support for this bill seems disingenuous or misinformed.

Likewise, at one point in the documentary, Swift says she won’t support President Donald Trump because “he is a fascist.” Trump may be a lot of things, but a fascist he most certainly is not. While conservative viewpoints can certainly be boiled down to a few trivial things, it’s unfortunate Swift appears to vote for all Democrats just because Democrat politicians embrace the couple of issues she holds dear. Swift’s outspoken political voice is like identity politics on steroids.

The disconcerting part of this isn’t that Swift holds such uninformed views about politics—her gifts lie elsewhere—it’s her influence. It’s quite common for the “average” voter to be swayed by a few bullet points they heard on a commercial or saw on a lawn sign. Swift has a large platform from which to reach and influence a huge audience: The star has 126 million followers on Instagram alone.

Still, aside from the political segment, which made up perhaps one third of the documentary, I found many other aspects to be interesting, particularly the many scenes dedicated to songwriting and her music videos, or even what it’s like to be famous, which sounds far less appealing than it did before I watched the documentary.

Aspiring musicians or average fans will appreciate all the singer’s been through, even as she still manages to produce out incredible music every few years. Despite her uninformed, unfortunate dedication to liberal politicians because of a couple of typical progressive views that matter to her, the documentary provides an interesting look into the pros and cons of fame from the perspective of a star who has certainly shaped the last 15 years of music.