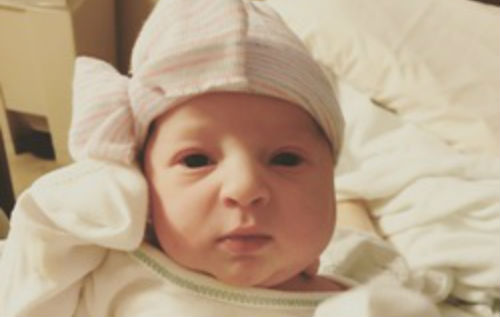 An East Tennessee couple recently welcomed their new daughter into the world who spent 24 years frozen as an embryo.

Emma Wren Gibson was born on Nov. 25, 2017, to parents Benjamin and Tina Gibson, according to a press release from the National Embryo Donation Center (NEDC).

She holds the all-time record for the longest-frozen embryo to come to birth, according to research staff at the University of Tennessee Preston Medical Library.

Two days after the embryo was thawed, Gibson was implanted and became pregnant, a procedure performed by Dr. Jeffrey Keenan. Gibson, 25 at the time, carried to term an embryo conceived one and a half years after she was born.

“Do you realize I’m only 25? This embryo and I could have been best friends,” Gibson told Fox News.

The couple, who got married seven years ago, learned they weren’t able to naturally conceive a child.

“My husband has cystic fibrosis, so infertility is common,” Gibson told the news station.

Before taking up embryo adoption, the couple had fostered multiple children and enjoyed doing so. Gibson said her father had suggested the idea of embryo adoption which initially she had no interest in.

“I was like, ‘Well, that’s nice, Dad, but we’re not interested. We’re knee-deep in foster care right now,’” she told Fox News. “I kind of blew it off. I had no interest in it.”

After thinking about her father’s words, she decided to do some research into the procedure. Weeks later, the couple submitted their application for embryo adoption.

“During August of last year, I just came home one day; I looked at Benjamin, and I said, ‘I think we need to submit an application for embryo adoption,’” Gibson told the news station. “On a whim, we filled out an application and submitted that night.”

“It is deeply moving and highly rewarding to see that embryos frozen 24.5 years ago using the old, early cryopreservation techniques of slow freezing on day one of development at the pronuclear stage can result in 100 percent survival of the embryos with a 100 percent continued proper development to the day-3 embryo stage,” said Sommerfelt.

“Emma is such a sweet miracle,” Emma’s father said. “I think she looks pretty perfect to have been frozen all those years ago.”