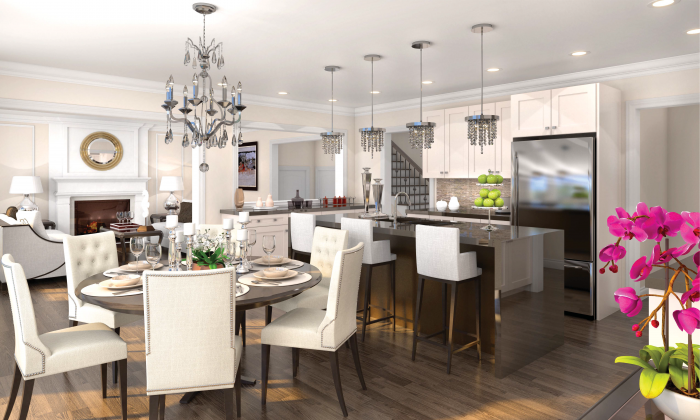 For Minto Communities, what happens in Vegas certainly doesn’t stay in Vegas.

Indeed, the company has been proudly boasting about the 19 awards it won last month at the National Association of Home Builders 2015 National Sales and Marketing Awards in Las Vegas, the event’s 35th year.

“We were the most nominated company in the awards show,” notes Amanda Wilson Watkins, vice-president of sales and marketing for Minto Communities, in an interview with the Epoch Times.

“To be able to garner attention for being leading edge, particularly in Toronto where the market’s crowded and sometimes overwhelming, is something we’re obviously pleased about.”

The awards marked the culmination of a year that Wilson Watkins says was Minto’s best-ever for sales in the GTA.

The campaign generated more than 5,000 registrations, fuelling the project’s preview launch and ultimately helping sell out 60 percent of the development, which went on sale in late October.

“Any time we had an event we used the hashtag 24karatliving, and it just took off on its own without us really doing anything,” explains Wilson Watkins.

Minto Longbranch, one of the company’s other major project launches of 2014, received gold for best Digital Marketing Campaign. The developer was recognized for “exceptional” community engagement in using social media to drive traffic to the Longbranch sales centre, resulting in 350 sales in under a year.

“Social media is everything now,” says Wilson Watkins, noting that Minto has an in-house digital marketing strategist. “It’s how people are finding out where the best projects are and where they want to live—through their friends and their network. So when introducing Longbranch we really focused on tapping into those channels. And across the board we were able to generate a lot of interest from customers.”

Longbranch was also awarded gold for best marketing of a green/sustainable program, with literature that spoke to the target buyer’s core values and that attracted purchasers by touting the community’s sustainability features. (Minto has a long history of innovative and industry-leading green efforts.)

While the company has been receiving accolades for its urban high-rise developments, Minto—a family-owned firm with operations in Ottawa, Calgary and south Florida—is developing a handful of low-rise communities elsewhere in the GTA.

The builder is also moving ahead with Orchard Park, a townhouse development in Stouffville that had over 262 units sell in less than one year. “Twice as fast as we were expecting,” Wilson Watkins says, adding the development has proven especially popular with Chinese investors and end users, a market Minto actively engages and caters its product to.

The developer is gearing up to launch another low-rise project, Queen’s Landing, in East Gwillimbury, where Minto’s social media outreach continues to pay dividends: luring 7,000 registrants to date. “There’s pent up demand in that market,” says Wilson Watkins, “and the appetite for information is huge.”

And if early sales at Minto’s latest condo development, Westside, can serve as any indication, the coming year promises to be just as prosperous as the one just passed.

Several hundred of the 660 suites at the two-tower project, located at the northeast corner of Front St. and Bathurst St., had been sold as of late January. And Westside has had more than 4,000 registrations, the most for a high-rise development Minto’s ever seen, according to Wilson Watkins.

“So we’re bullish for the year ahead,” she says. “I can’t imagine the market being hotter in Toronto. We’ll have to beat people off, which is not a bad problem to have. There’s extreme market interest and we intend to capitalize on that.”