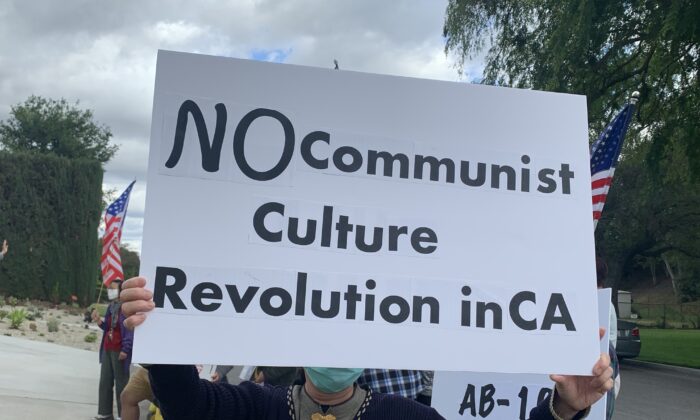 Minority Communities Must Speak Up Against CCP Influence in US 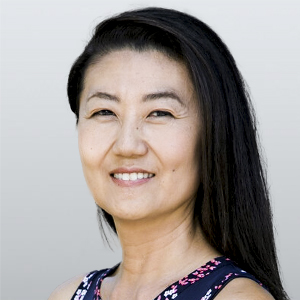 America is under attack, and it’s on the verge of turning into a Marxist country as the liberal left is fully embracing Marxism and going full force at turning America into a totalitarian regime.

Speech is being censored. History is being erased. Parents are not able to make decisions for the education of their children. Individuals are stripped of rights to make their own medical decisions. Police departments are being defunded. Anyone questioning government authority is being threatened with investigation.

How did America go from the freest country in the world to this state of totalitarianism overnight? The answer is it didn’t. It was decades of Chinese Communist Party (CCP) influence at work, seeping the Marxism and CCP propaganda into every aspect of American life.

Confucius Institutes were the perfect cover through which the CCP spread its propaganda in America. Since 2004, the CCP has been funding the institutes for the stated purpose of teaching Chinese language, history, and culture in American colleges. The CCP’s annual funding of $10 billion for Confucius Institutes has “made an important contribution toward improving the CCP’s soft power” in the United States, as revealed by one of the CCP’s own standing members, Li Changchun, in a speech in 2009. By 2014, there were 103 U.S. universities that hosted Confucius Institutes and over 500 K-12 schools that had “Confucius Classrooms.”

Controlling and influencing the U.S. media is just one of the strategies the CCP is using against the United States to create confusion through the chaos of misinformation. Independent media entities are working tirelessly to expose the CCP’s ongoing lies and propaganda pushed out on multiple social media platforms and traditional media channels.

It’s no wonder that the liberal left is pushing critical race theory (CRT) so aggressively in our schools. CRT’s assertion that social issues in the present are rooted in the past comes directly from Marx’s writing. CRT’s notion of the world consisting of either those inherently racist or those who are the victims of racism comes right out of Marx’s “Communist Manifesto,” which states the world is divided into the oppressor and the oppressed. In other words, CRT is Marxism repurposed for 2021 in America.

Black Lives Matter (BLM) and the violence across the country rose sharply on the rising wave of CRT. BLM’s leaders believe in Marxism. The ties between BLM and the CCP is evidenced by the BLM riots backed by organizations such as the Freedom Road Socialist Organization, an openly pro-CCP organization, and Bay Area-based Liberation Road, with close ties to the Chinese consulate there and the Chinese Progressive Association, according to Epoch Times contributor Trevor Loudon. The Black Futures Lab, a venture of BLM’s founder Alicia Garza, clearly sates on their website that “Black Futures Lab is a fiscally sponsored project of the Chinese Progressive Association.”

The ties between the CCP and the liberal left is undeniable. And it makes total sense why the left is so hung up on portraying minorities as victims. Aided by the CCP, the liberal left is using the BLM movement and CRT to create division among Americans, hatred toward the United States, and to instill unfounded fear toward those against Marxism by portraying anyone who does not go along with their push as a “white supremacist.” And all this destruction of America is being carried out in the name of “social justice” for minorities.

Is there any hope of turning back the tide and defeating Marxism and CCP control of the United States? The hope lies with the minority communities speaking up against the BLM movement, and joining the push against CRT. A counter-movement against the current Marxist trend must come from the communities and individuals whom the liberal left has portrayed as “victims,” and whom they claimed to “save.”

Exposing the ties between the CRT and BLM movements and the CCP’s infiltration is a critical approach. It’s also a step that must be taken delicately, and cautiously delivered by the leaders of the conservative communities.

Our America’s “Conservative Minority Conference 2021” was held in Dallas, Texas, in September 2021. This three-day conference delved into the extent of the CCP’s influence and infiltration, its political operations, and its reach and hold on America.

Over 200 black, Hispanic, and Asian conservative activist leaders from all parts of the country attended. This is a major sign of hope for America. The speakers, organizers, and attendees all agree that supporting conservative minority leaders and empowering them to actively engage and educate their communities on the true nature and threat of the CCP and its ties to BLM, and exposing Marxism as the foundation for CRT is the key to turning minority communities away from the liberal left’s agenda.

With more conservative minority leaders taking charge of this counter-movement, it brings more hope that we can save the Republic our Founding Fathers created, and make America great again.