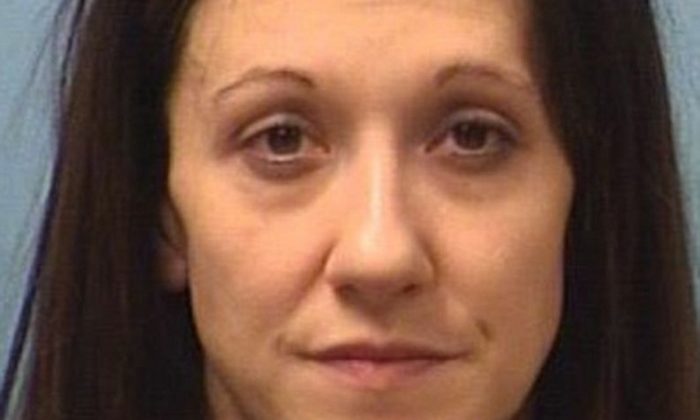 Minnesota Woman Arrested for Allegedly Biting Off Her Husband’s Ear

A Minnesota woman is accused of biting off her husbands ear over an argument about beer, it has been reported.

Jamie Elrod, 37, of St. Cloud, was arrested and charged with first-degree assault when police entered her home and found overturned furniture, blood, and a piece of her husband’s ear, according to the St. Cloud Times. A criminal complaint was filed against her in the Stearns County District Court this week.

The complaint noted that her husband was seen missing part of his right ear.

The victim told officials that he and his wife got into an argument over a beer. She was yelling at him over the beverage and followed him to the bedroom before she “went off at him,” the newspaper said.

It also appeared that Elrod had been drinking when the incident took place. When asked about her spouse’s ear, she replied that she didn’t know, the complaint added.

The Smoking Gun reported that Elrod and her husband had returned home after drinking at a bar. There, she apparently consumed a “Hairy Buffalo,” a vodka-rum concoction. The husband said that she “gets out of hand when she has those,” the Gun reported

She’s currently being held at the Stearns County Jail on $30,000 bond.

The charge against her carries a maximum 20-year-prison term.