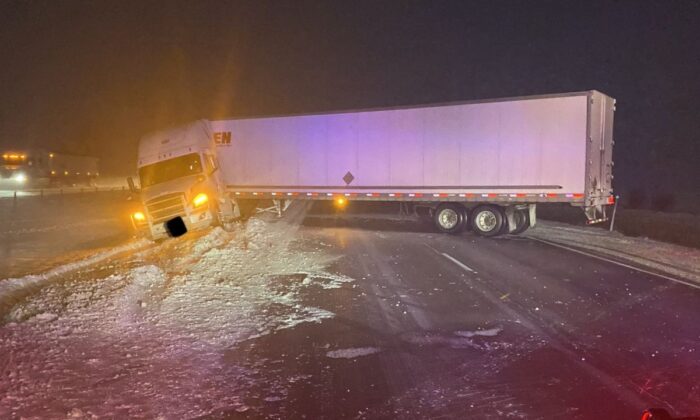 Snowfall that fell around Minneapolis metropolitan area led to more than 260 crashes in under 24 hours, officials said.

The Minnesota State Patrol reported 26 injuries and no fatalities associated with the vehicular accidents. The crashes occurred around 5 p.m. Saturday and 11 a.m. on Sunday, officials told local media.

The State Patrol also reported 115 vehicle spinouts, as well as four jackknifed semi-trucks, due to the road conditions.

According to the National Weather Service, about 1 inch of snow fell in the Twin Cities area, but local media reported that the roads were also icy over the weekend.

The agency’s Twin Cities division warned in a Twitter post on Monday that temperatures “will be the coldest we’ve seen all season with gusty northwest winds making it feel well below zero for much of the day.”

It added, “Light snow is possible Tuesday with another potential system late in the week, but there is a high degree of uncertainty in the track.”

State Patrol spokesman Sgt. Jesse Grabow wrote on Twitter Monday that Twin Cities-area road conditions had improved since the weekend, but he warned that some roads are covered in packed snow or ice.

“Reminder to keep your cruise control OFF and buckle UP,” he wrote.

As of Sunday night, troopers were still responding to vehicles sliding off the road as well as jackknifed semi-trucks, Grabow said.

There is a 50 percent chance of more snow hitting the Twin Cities area on Tuesday, according to a forecast from the National Weather Service.  New snow accumulation of less than a half-inch is possible, it said.