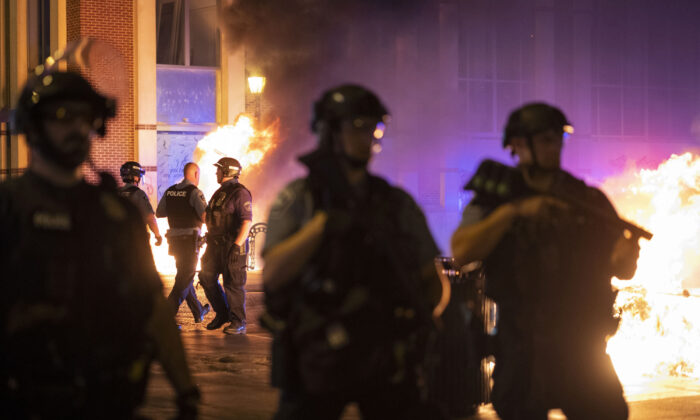 ST. PAUL, Minn.—Minnesota’s top Democratic and Republican lawmakers reached agreement on the highlights of a public safety bill that includes police accountability measures, a day after former Minneapolis police officer Derek Chauvin was sentenced to 22 1/2 years in prison for the death of George Floyd.

While some details had yet to be finalized, leaders from both parties said the compromise reached late Saturday settles the major issues after months of negotiations. It has been the most contentious piece of budget negotiations among a divided Legislature that’s up against a Wednesday deadline to avoid a government shutdown.

The Democratic-controlled state House included several policing provisions in its overall public safety budget bill this session in the hopes of building on a package the Legislature approved last summer in the aftermath of Floyd’s death.

The 223-page bill draft includes provisions regulating the use of no-knock warrants, a police misconduct database to create an early warning system to keep bad officers off the streets, and the creation of an office of missing and murdered indigenous relatives as well as a task force for missing and murdered black women.

Democrats had advocated for limits on pretextual traffic stops, where police pull over a driver for a minor violation, such as expired tabs or something hanging from the rearview mirror. That proposal is not part of the agreement.

Republicans who control the Senate resisted many of the Democrats’ proposals, calling some “anti-police.” The GOP negotiations at times focused those pushing to abolish the police, as well as violent protests following Floyd’s killing. The agreement includes $2 million for violent crime enforcement teams, a Republican-backed provision.