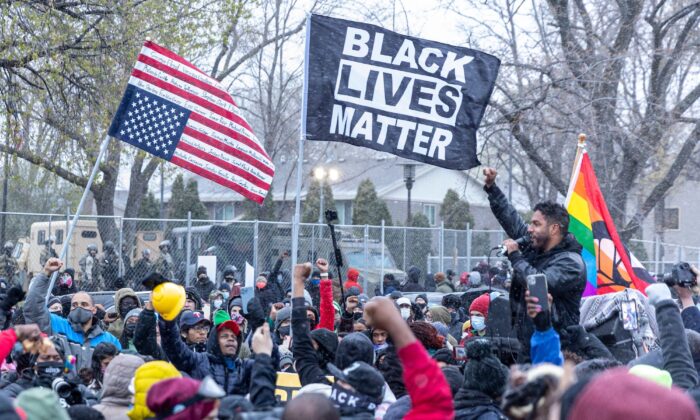 ‘I Was Stunned’: Minnesota Girl Speaks out Against BLM Poster in Classroom

A 9-year-old girl from Minnesota has gone viral online after confronting her local school board, which she said had contradicted its own “no politics” policy by displaying a Black Lives Matter (BLM) poster in a classroom.

The girl, who only identified herself as “Novalee,” is a student at an elementary school in Lakeview Area Schools, which serves the Dakota and Scott Counties in the southern suburbs of Minneapolis. She gained popularity on social media because of a video in which she called on the school district to remove the BLM posters.

Speaking at a June 8 board meeting, the student said she saw posters of BLM and Amanda Gorman on her teacher’s wall at the school. “I was so mad. I was told two weeks ago at this very meeting spot: no politics in school,” she told the board members. “I believed what you said at this meeting.”

The student said she asked her principal to take down the posters, citing a school board policy prohibiting displays of political messages including Black Lives Matter. The principal allegedly refused to remove the posters, and told her that the school board members were the ones who made them.

“I was stunned. When I was here two weeks ago you told us to report any BLM in our schools,” she recalled. “Apparently you know they are in our schools because you made the signs.”

“Doesn’t matter what color you make the posters and the fonts you use, we all understand the meaning. It is a political message about getting rid of police officers, rioting, burning buildings down while king Governor [Tim] Waltz just sits on his throne and watches,” the girl added. “Changing the colors or the fonts of posters does not change the meaning. I am nine years old and I know that. You expect me to believe that you did not know what you were doing by making these posters? Come on people!”

She then clarified that she judges people by the way they treat her rather than their race, but the school board appeared to be encouraging people to focus on the color of their skin.

“You have lied to me and I am very disappointed in all of you. You cannot even follow your own rules,” the girl concluded. “Get the posters out of our schools. Courage is contagious so be courageous.”

The Epoch Times has reached out to the school district for comment on the matter and will update this report accordingly.

The BLM movement initially emerged in 2013 in response to alleged excessive use of deadly force by law enforcement, which many argue disproportionately affects the black community. The non-profit organization that bears the same name, however, goes much further, advocating for radical left ideas such as the abolition of police and prisons, and the dissolution of the nuclear family. BLM co-founder Patrisse Cullors has described herself and fellow co-founder Alicia Garza as “trained Marxists.”

The BLM movement, as well as the BLM organization, gained global attention during the summer of 2020, which was marked by widespread protests in the aftermath of the death of George Floyd while in the custody of Minneapolis police. Many of those protests turned violent, resulting in rioting, looting, arson, and destruction of private and public property.