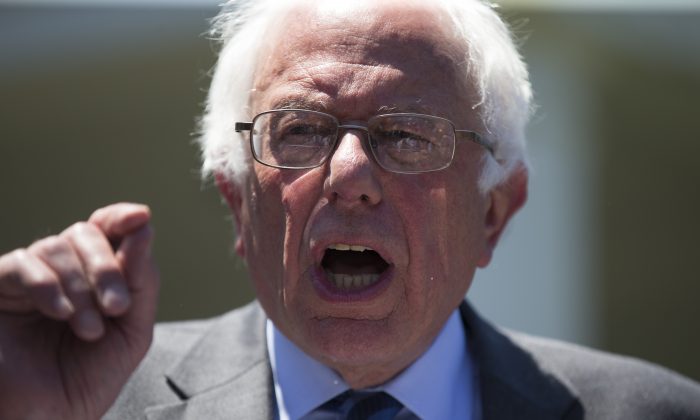 A Minnesota presidential elector who cast his ballot for Bernie Sanders, instead of Hillary Clinton, says he wanted to protest a state law requiring electors to follow the statewide vote.

Muhammad Abdurrahman became what’s known as a “faithless elector” after he turned in his ballot for Sanders in Monday’s vote at the state Capitol. Abdurrahman was a Sanders delegate at the Democratic National Convention.

His ballot was tossed and he was replaced by an alternate. A crowd of anti-Trump protesters urging electors to delay their vote cheered as Abdurrahman’s vote was invalidated.

Abdurrahman says state law requires following the statewide vote, but the Constitution doesn’t. He declined to answer other questions.

Abdurrahman is the state’s first faithless elector since 2004. That’s when an unidentified elector wrote John Edwards’ name on the ballot for president. Edwards was running mate to Democratic presidential candidate John Kerry that year.