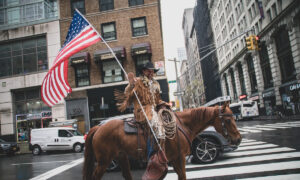 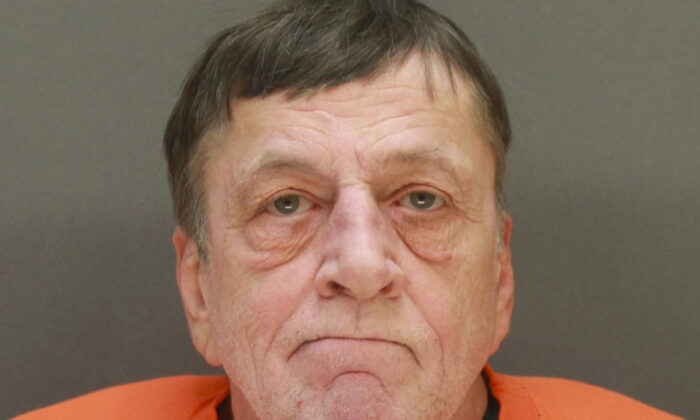 Gregory Paul Ulrich is arrested following a shooting at a health clinic in Buffalo, Minn., on Feb. 9, 2021. (Wright County Sheriff's Office via AP)
Crime and Incidents

Gregory Paul Ulrich, the suspect of the shooting at a clinic in Buffalo, Minnesota, that killed one and injured four has been officially charged.

Police were initially called at 10:54 a.m. on Feb. 9 to the Allina Health Clinic on the report of an active shooting.

A few minutes later, Ulrich called the 911 dispatcher and said he would surrender to officers. Officers approached the building using a squad car as a shield and found Ulrich lying down with his arms out. When officers searched Ulrich, they found Smith and Wesson 9mm pistol ammunition and two marijuana cigarettes on his body, local media outlet KSTP reported.

According to the complaint, officers responding to the scene of the shooting saw victims “screaming for help” and multiple areas of the clinic “damaged from apparent ammunition rounds and explosions.” They also found an undetonated improvised explosive device near a briefcase that had been carried into the hospital by Ulrich, Fox News reported.

Ulrich opened fire in the clinic after he walked in and was greeted by staff. He once fired two rounds into the leg of a victim who was trying to run away, and detonated two explosive devices during the chaos.

Police had previously said they believe Ulrich was unhappy with health care he had received at the center obtained, although they have yet to announce a motive for the attack. People who know Ulrich him told media outlets on Wednesday that he’s been complaining of not getting enough pain killers from the doctors, Fox reported.

Fox said that investigators found gunpowder at his latest address consistent with what was found inside the explosives at the crime scene. They also found an empty box of ammunition at a motel he might have used to stage the attack.

The deceased victim has been identified as 37-year-old medical assistant Lindsey Overbay. She suffered a gunshot to her abdomen, which ripped through her liver and spine before exiting her body, Fox reported.

“With overwhelming sadness, we can confirm that Lindsay Overbay lost her life to this senseless act of violence,” the health provider said in a statement Wednesday. “Lindsay was a medical assistant who worked for Allina Health since November of 2018. The loss of Lindsay is traumatic for all who knew and loved her. Our entire Allina Health family extends our deepest sympathies to her family, friends, and co-workers.”

Overbay leaves behind her husband and two children–both under 10 years old, Fox reported.

If convicted, Ulrich’s second-degree murder charge carries a maximum sentence of 40 years, while the other charges carry fines and sentences of up to $100,000 and 20 years.

His bail has been set at $10 million and he is due back in court in late March.