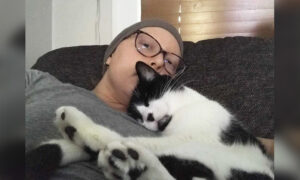 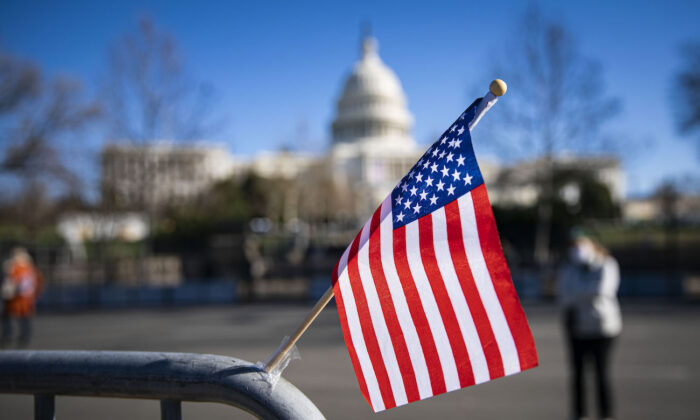 An American flag flies near the West Front of the U.S. Capitol in Washington, on Jan. 9, 2021. (Al Drago/Getty Images)
Education

A school choice movement aimed at serving Minnesota’s black community has vowed to tackle the notion that the United States is a racist nation, saying such narratives are “structured to undermine the lives of black Americans.”

The newly founded organization, TakeCharge Minnesota, describes itself on its website as seeking to “inspire and educate the black community and other minority groups in the Twin Cities to take charge of their own lives, the lives of the families and communities, as citizens fully granted to them in the Constitution.”

“We acknowledge that racist people exist in the country, but explicitly reject the notion that the United States of America is a racist country,” the organization states. “We also denounce the idea that the country is guilty of systemic racism, white privilege and abhor the concept of identity politics and the promotion of victimhood in minority communities.”

According to the website, the organization is headed by Kendall Qualls, a health care executive and Army veteran. He was also a Republican contender for Minnesota’s 3rd Congressional District, which remains occupied by incumbent Democrat Rep. Dean Phillips following the 2020 election.

“People who helped me in life were black and white, rich and poor, male and female, gay and straight,” Qualls said in March in an interview with the Minnesota Reformer. “Americans help each other when they see someone trying to better their lot in life, and most Americans don’t put a filter on it based on skin color.”

“To me, it’s insulting to hear that black people can’t get ahead because of systemic racism,” he told the outlet.

TakeCharge Minnesota also lists five core doctrines it wants to promote, including the one that says “restoring the two-parent black family should be a priority both locally and nationally,” a belief in opposition to that of the Black Lives Matter organization, which calls for an end to the “Western-prescribed nuclear family structure.”

“The nuclear family is the bedrock of any society and it has been decimated and ignored in the Black community for five decades,” TakeCharge Minnesota declares, adding that raising children in a marriage is “the best way to reduce poverty, combat inequality, and develop socially productive children.”

School choice programs have gained popularity in recent years among the nation’s black families, plenty of which have been benefited from the expansion of high-quality public school alternatives, especially those in low-income neighborhoods. An October 2020 survey by conservative think tank Manhattan Institute found that between 51 and 62 percent of all respondents supported state funding of charter schools. This support was higher for black respondents in all states and ranged from 58 to 67 percent.