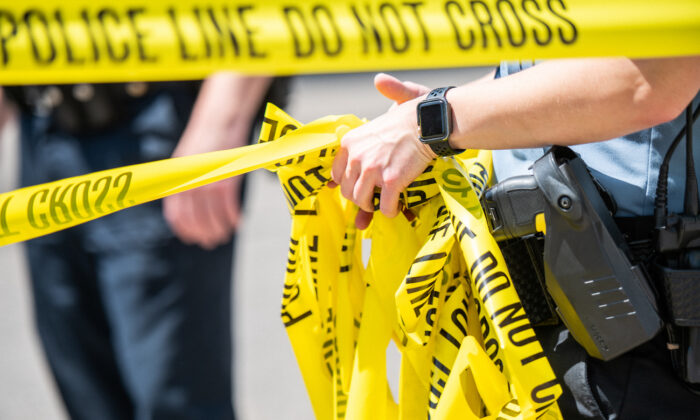 Three months after voting to dismantle the Minneapolis police department, city council members there spent much of a business meeting on Tuesday complaining about an uptick in violent crime across the city.

All three of the council members voted on June 12 to abolish the police department in the wake of the death of George Floyd, a black man who died after a Minneapolis police officer kneeled on his neck for nearly 8 minutes. The trio also took part in a protest on June 7 in which they took a pledge to dismantle the police department.

“We are here today to begin the process of ending the Minneapolis Police Department and creating [a] new transformative model for cultivating safety in Minneapolis,” the joint statement in June said, according to the Minneapolis Star-Tribune.

Fletcher told Arradondo during the city council meeting Tuesday that constituents told him that rank-and-file police officers were “not doing anything to prevent robberies” in a neighborhood called Marcy Holmes. He also decried “a significant increase in extremely dangerous and reckless driving.”

“I’d love to know a little more about what the robbery suppression work is and what are we doing what’s been sort of a pattern in Marcy over the past six weeks?” Fletcher asked Arradondo.

Fletcher wrote in an essay for TIME on June 5 that he was “publicly supporting the call to disband our police department and start fresh with a community-oriented, non-violent public safety and outreach capacity.”

Bender, the president of the city council, also told Arradondo Tuesday that constituents have said that police officers “are not enforcing crime.”

“This is not new, but it is very concerning in the current context,” she said, the Minneapolis Star Tribune reported.

Bender speculated that officers may be refusing to respond to criminal complaints “because they don’t support council member, or in some cases, the mayor, or perhaps they think that they’re making the case for more resources for the department.”

“How do we get this under control?” she asked.

Bender was a leading proponent for dismantling the police department. She drew national attention in June when she said in an interview on CNN that calling the police during an emergency “comes from a place of privilege.”

Andrew Johnson asked Arradondo about an uptick in carjackings in his ward.

“I would appreciate some more information on how we’re addressing the carjackings. There have been a number of them in the community, and they’ve really terrorized residents,” said Johnson.

“How do we stop it?” he asked. “Because it seems like a huge problem and it’s something we absolutely want to stop and it also seems very difficult to stop.”

He lamented that the police department has a “no chase policy.”

“How we actually hold these individuals accountable, get them off the streets so they aren’t terrorizing the community?”

Though Johnson endorsed the pledge to abolish the police department in June, he told The Daily Caller News Foundation on Wednesday that he supports an armed law enforcement agency that “would continue to go after carjackers and violent criminals.”

He said that the controversial aspect of the debate in Minneapolis is whether to “remake or replace” the police department.

One city councilman, Phillipe Cunningham, noted the inconsistency between members’ complaints about police inaction and their earlier calls to abolish the department.

“What I am sort of flabbergasted by,” said Cunningham, “is colleagues who a very short time ago who were calling for abolition are now suggesting that we should be putting more funding and resources into MPD.”