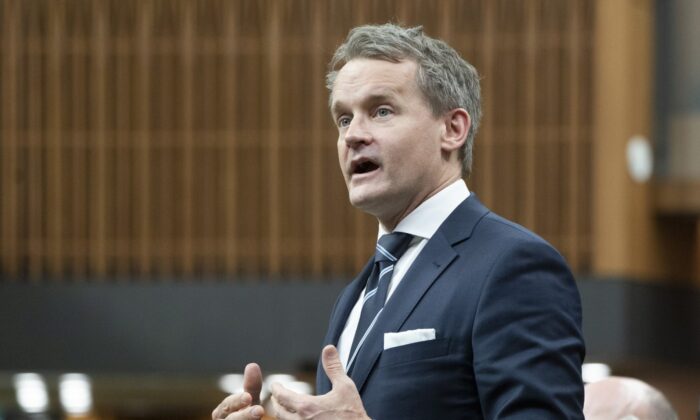 O’Regan is giving government backing to a private member’s bill requiring Canadian firms and government departments to scrutinize supply chains with the aim of protecting workers.

O’Regan says the Liberals are not just voting to support the bill but want it to go to committee where they may strengthen it further with government amendments.

The bill, tabled by Sen. Julie Miville-Dechene, would make Canadian firms check that none of their products or components are made in sweatshops employing children or people forced to work excessive hours for free or for paltry pay.

The senator has warned that products including coffee, cocoa and sugar cane may be linked to child labour or made in factories in the Xinjiang region of China where members of the Uyghur community are forced to work.

The bill outlawing slavery was unanimously backed at second reading in the Commons by Conservatives, the NDP, Greens and the Bloc Québécois, and it will now move to the foreign affairs committee, a further parliamentary stage before becoming a law.