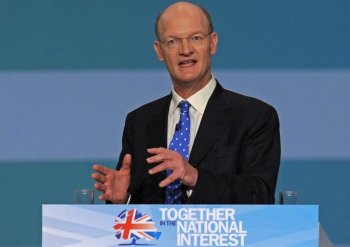 British Minister for Universities and Science, David Willetts, addresses delegates on the second day of the Conservative party conference at the International Convention Centre in Birmingham, on October 4, 2010. (Andrew Yates/AFP/Getty Images)
US

Louis Makiello
View profile
Follow
biggersmaller
Print
The Minister of State for Universities and Science, Conservative David Willetts, has backed down from plans to allow UK teenagers to secure a place at university by paying higher fees.

Willetts initially suggested allowing universities to take on UK students in addition to their government-set quota and to charge them fees of up to £28,000 per year – the same fee as for non-EU students.

The suggestion was met with hostility from Lib-Dem President Tim Farron, the University and College Union (UCU), and the National Union of Students (NUT).

Willetts later released a statement saying, “We will only consider allowing off-quota places where it contributes to the coalition commitment to improve social mobility and increase fair access.

“There is no question of wealthy students being able to buy a place at university. Access to a university must be based on ability to learn not ability to pay.

“We have been discussing the idea of charitable donors and employers endowing additional places on a needs blind basis which will be subject for consultation in the higher education white paper.”