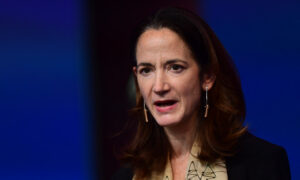 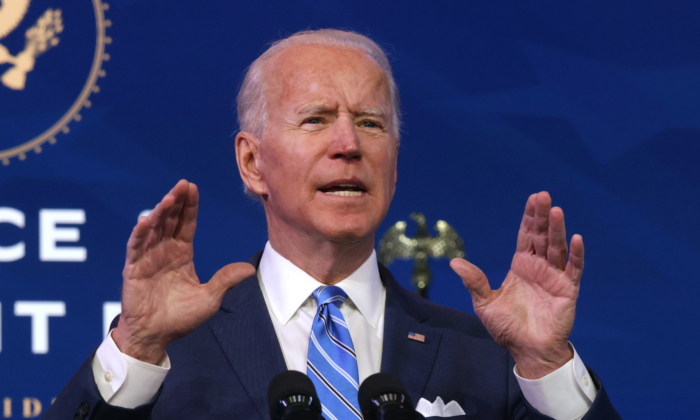 President-elect Joe Biden speaks as he lays out his plan for combating the coronavirus and jump-starting the nation’s economy at the Queen theater in Wilmington, Del., on Jan. 14, 2021. (Alex Wong/Getty Images)
Joe Biden

President-elect Joe Biden’s plan for pandemic relief contains a $15 minimum wage mandate which Congress has estimated would lead to the loss of 1.3 million jobs.

Biden introduced the minimum wage provision in a speech laying out his priorities for a tax-payer funded stimulus package to tackle the damage wreaked on the economy by the CCP (Chinese Communist Party) virus, commonly known as the novel coronavirus.

According to a July 2019 estimate by the Congressional Budget Office, raising the federal minimum wage to $15 would lead to the loss of 1.3 million jobs while boosting the wages of 17 million workers.

“People tell me that’s going to be hard to pass. Florida just passed it. As divided as that state is, they just passed it. The rest of the country is ready to move as well,” Biden said.

“President-Elect Biden served in the Senate for over 35 years. So he knows the plan he outlined tonight can’t pass ‘quickly’ & will delay the 2k for hard-hit Americans. Let’s get the extra money to people first,” Rubio wrote on Twitter.

The minimum wage in Florida is $8.56. The Sunshine State enacted a gradual increase to $15 minimum by 2026, beginning with a boost to $10 in September this year.

“After a year of knocking small business out with lockdowns and restrictions, a $15 minimum wage will be a final nail in surviving businesses’ coffins,” Mark Lobliner, the chief marketing officer of Tiger Fitness, wrote on Twitter. “For large corporations, it will lead to increased automation and a tremendous uptick in unemployment will ensue. Not good.”

The Biden transition team did not respond to an earlier request to explain how the minimum wage mandate would help pandemic-stricken businesses that already struggle to cover the payroll.

With a price tag of $1.9 trillion, Biden’s stimulus bill would fund a campaign to administer 100 million CCP virus vaccine shots in 100 days, reopen the majority of K-8 public schools, provide $1,400 direct payments to individuals, and extend unemployment benefits beyond the end of March, among other provisions.