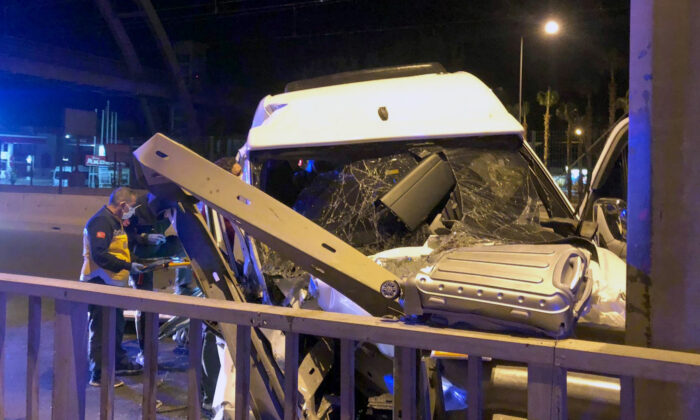 The 71-year-old Swede died at the scene of the crash in Aksu in the early hours of the morning, TRT said. Four Danish nationals and the Turkish driver were hurt when the minibus hit roadside barriers.

The driver was detained by police after hospital treatment.

Hurriyet newspaper’s website reported the tourists were being driven to Antalya airport at the time of the crash.