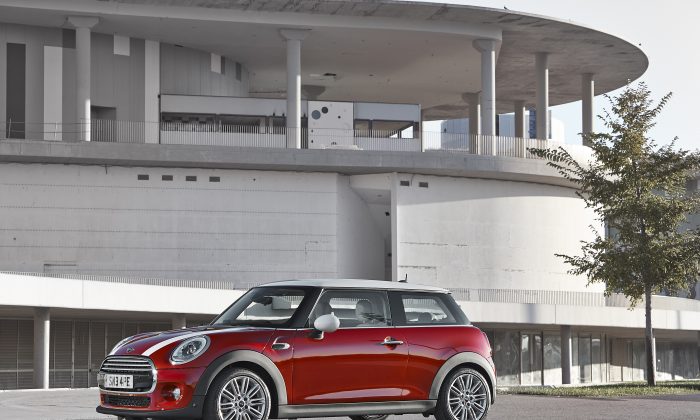 A MINI is one of those cars which over the years, almost 60 since introduced, has probably achieved notoriety equal to other iconic automobiles such as the Mustang and the Corvette. The car became a lifestyle choice and brought fun back to driving.

Originally designed by Sir Alec Issigonis, this forerunner to the sub-compact category of vehicles was designed and engineered to combat a shortage of oil and petroleum during what was known as the Suez Crisis in the 1950s. That small car was launched as the Morris Mini Minor and the Austin Seven. In 1961 it was renamed the Austin Mini, and eight years after that, the car was became known as “Mini”.

Often imitated, but never truly duplicated, the guaranteed-to-make-you-grin car has evolved over the years and is now considered a premium brand with its unique blend of engineering, utility, and style iterations.

We recently sat down with Andrew Scott, director, MINI Canada to find out a little more about this iconic brand that has earned a place in history books.

So Much About This Vehicle Was Different—and Exciting, All at Once

First and foremost it is obvious off the bat that Mr. Scott not only admires the family of MINI vehicles, he is an unabashed fan. Even talking about this car makes him smile—broadly.

This tiny automobile was introduced in August 1959, and probably represented the biggest single leap that car design had ever taken to that point. So much about it was new. Its engine and gearbox were a single unit, not much bigger than a supermarket shopping basket. Its suspension used compact rubber cones versus conventional springs, further contributing to its Go-Kart-like handling. Its wheels were the size of dinner plates (just 10 inches across) and the front ones actually propelled the car. It could seat four adults in relative comfort even though it was just 10 feet long. Let’s put that size into perspective. At 120 inches: a Hummer was almost 87 inches wide!

And the drive? Like a motorized slot car! The future looked very promising.

Overnight, everything else on the road looked staid and old-fashioned. Even extravagantly big. Journalists of all stripes took to this vehicle almost immediately. As did the car-buying public in the United Kingdom. Many European manufacturers were aghast: they had no idea what to make of this unique car. In fact, Aurelio Lampredi, Fiat’s chief engineer, was eager to try out the Mini at the 1959 Italian Grand Prix at Monza. He enjoyed the Mini’s handling but didn’t feel it would become a rival to Fiat because it was “so damned ugly.”

Like many things, popularity ebbs and flows and the Mini was no exception. While fans were many, enthusiasts, initially, were few and far between—until this small car established itself on the punishing European rally circuity, gaining some notoriety with the likes of Ireland’s legendary driver Paddy Hopkirk behind the wheel, pushing the limits of the machine and helping to establish some driving credibility to the brand.

As the excitement of the Mini’s introduction and uniqueness began to fade, the Mini became swept up in the whole “Swinging Sixties” revolution. London, England became a cultural epicenter for fashion and music—becoming what some would claim to be the coolest place on earth. Style and personality were key. From this cultural shift, fashion icons such as Twiggy, Mary Quant, and Jean Shrimpton became household names, appearing regularly on television and in bold face in newspapers across the land. Mini became swept up in this phenomenon. The British flag, the Union Jack, became a symbol, assisted by events such as England’s home victory in the 1966 World Cup, and was used by savvy marketers willing to create almost nation-building awareness. The Mini was even used by a fleet of Mini taxis highlighted by advertising that covered their paintwork. Celebrities wanted to own a Mini and if Paul McCartney owned one, fans wanted one, too!

Since being acquired by BMW in 2000, the brand continued to thrive. Today, the 3-door version of the famous MINI is still available—now slightly larger and filled with enough technology and engineering to maintain a unique place in the automobile category.

The Electrification of a Brand

Now, there are five distinct styles of MINI available and many variations of those. Something for just about everyone. Mr. Scott, as mentioned, is a fan of the brand. In fact, he and his wife and two small children are a one-car family. And the car of choice? A MINI Countryman plug-in hybrid (PHEV)! As urban dwellers (not unusual for MINI owners), Mr. Scott drives 25 kilometres each way to and from work. On a full charge, rarely does his car consume gasoline. His PHEV equipped with regenerative braking can usually handle this without issue. His car is the perfect urban mode of transportation.

With parent BMW making an enormous commitment to electrification a few years back, there is the ability of MINI engineers and designers to tap into BMW technology and expertise and do more on the EV front. In 2009, MINI designed and presented the MINI E—an electrified version of the MINI Cooper with a range of about 160kms—for field trials in various countries to private users. In recent days, MINI has announced that a battery-powered MINI will start production in 2019. As Mr. Scott sees things, MINI takes its role of an urban vehicle very seriously and it is anticipated additional EV models will be announced in the coming years.

Since inception, the MINI has always been deemed a fun car. A car that screams out for an owner’s personal touch. Customization is quite common, from simple graphics to performance wheels and exhaust systems—and everything in between. The vehicles take on the personality of their owners. That’s what makes these cars unique. In fact today, when you buy a new MINI, you will receive a magnet which allows you to name your car and place it on the vehicle’s A-pillar as a unique identifier. MINIs tend to be named by their owners more than any other brand.

MINI is more than just a premium car. It’s a lifestyle; a frame of mind. In general, the MINI community is very adventurous, expressive, and emotionally connected to its vehicles, which are not regarded solely as a product to get from point A to point B. Today many MINI owners are fans. There are clubs across the country and around the world! Recognizing the unique aspect of MINI ownership, an event was started in 2010 called MINI Invasion by MINI Canada. Here MINI owners converge and meet old friends, make new ones, and talk about their cars. This year it’s in Montreal on October 14 and 15.  “It’s a way for us, as the manufacturer and brand, to show our appreciation for our community, and to provide a platform through which it can be fostered,” stated Mr. Scott.

Owning a MINI is a commitment. A lifestyle choice. Over the years, the brand has worked hard to stay fresh. To remain relevant. It has been tweaked and tinkered with—but essentially, the DNA remains unchanged. Look at a MINI face on. Check out its profile. It’s still a MINI for the young-at-heart or young urban dwellers.

One final anecdote. Mr. Scott is a first generation Canadian. His parents are originally from Scotland and once owned an Austin Mini, the three-door hatch. Years later in Canada, his Mom bought another MINI. As she said, the moment she drove it, that familiar feeling from years before returned and she had a broad smile on her face once again.

That sensation is nothing you can buy: you have to experience it for yourself.