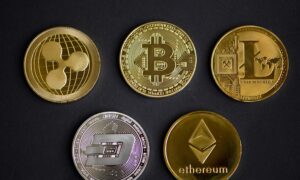 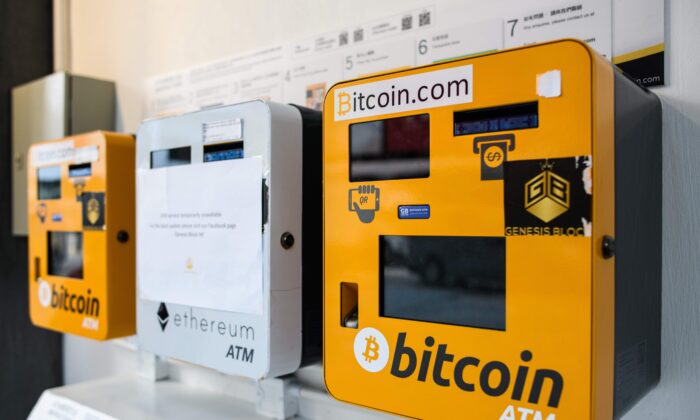 ATM machines (L and R) for the digital currency Bitcoin shown in Hong Kong, on December 18, 2017 are on the way out in China. (Photo by Anthony Wallace / AFP via Getty Images)
China

Miners Lament ‘End of An Era’ as China Eradicates Bitcoin

Shortly after Chinese vice premier Liu He stressed the crackdown on Bitcoin mining and trading in May, the provinces of Inner Mongolia, Qinghai, Sichuan, and others began closing off cryptocurrency markets one by one. The authorities also summoned executives from Chinese financial institutions, including many banks and Alipay, instructing them to implement tough regulations. Cryptocurrency miners in China had to bid farewell to an era that is officially coming to a close.

On June 21, China Central Bank issued a statement saying that in order to implement the spirit of the 51st Meeting of the Financial Committee of the State Council and combat the speculation in Bitcoin and other virtual currencies, the Central Bank met with ICBC, the Agricultural Bank of China, China Construction Bank, Postal Savings Bank of China, Industrial Bank and institutions such as Alipay. Strict implementation of regulatory requirements such as the “Notice on Preventing Bitcoin Risks” (2013) and the “Announcement on Preventing Token Issuance Financing Risks” (2017) is now mandatory and financial institutions must not provide products or services for related activities.

Chinese financial institutions promised to adhere to party requests by increasing investigation and disposal efforts, plus strict measures to cut off payment links for virtual currency transactions and speculation.

Since Satoshi Nakamoto initiated the first Bitcoin transaction on January 3, 2009, Bitcoin has taken the world by storm in its brief 12-year history. However, since 2013, the Chinese Communist Party (CCP) has suppressed Bitcoin, and the degree of suppression has continued to escalate.

On May 19, the China Internet Finance Association, Banking Association, and Payment and Clearing Association jointly issued “Preventing the Risk of Virtual Currency Transaction Speculation,” stating that virtual currencies are not issued by the monetary authority, and they are not legally compensatory and compulsory. The statement read that it is an illegal and criminal act to carry out trading activities such as the exchange of legal currency and virtual currency. Legal solvency means that the currency recognized by law has solvency for a specific range of debts.

On May 21, Liu He presided over the 51st meeting of the Financial Stability and Development Committee of the State Council, and clearly stated that he would “combat Bitcoin mining and trading.”

Sichuan Province announced the crackdown on June 18. By the next evening, a video was circulated among local miners showing Bitcoin mining machines being turned off. As rows of flickering green lights successively went dark, many bid farewell, saying “Bye, See you.”

One person said, “This is the end of an era. Bye. Ice cannot block flowing water, a withered tree may turn green the next spring.”

Another person said, “Sichuan’s 8 million watts of mining power consumption is coming to an end at midnight tonight. This is a most tragic and grand scene for us miners. It will take time to find out how far-reaching the impact will be.”

Previously, Bitcoin miners in Sichuan thought China’s crackdown on cryptocurrencies was because of the pollution caused by coal power plants, and Sichuan’s mining activities would be spared because Sichuan uses water-generated electricity.

A Way Forward for Chinese Cryptominers

After the Sichuan mine was shut down, Wang Haifeng, a senior researcher at the Ouke Yunchain Research Institute, told The Paper, a Shanghai based news group, that Bitcoin nodes are distributed around the world, and the closure of some mines will cause new nodes in other parts of the world to pop up. The CCP embargo on digital currencies will likely not have a significant impact on mining activities.

Gu Yanxi, the founder of Liyan Consulting and a researcher in the blockchain and encrypted digital asset industry, said that after China bans cryptocurrency extraction, miners can move to areas where mining is allowed to continue their work. They will, however, need to face the challenges of conducting business in an unfamiliar environment.

A miner operating in both Yunnan and Xinjiang told The Paper, “I will wait and see. Now there is nowhere to dig. If we can’t do it in China by the end of the month, we will find ways to go overseas and find some big companies to cooperate with.”

An owner of a Sichuan mining site is also considering leaving China, saying his first pick would be the United States.

According to a CNBC report dated June 17, Francis Suarez, the Mayor of Miami, publicly stated that Miami’s doors are wide open to Chinese Bitcoin miners. Although he has not been contacted by any Chinese miners, he is trying to attract them by promoting the city’s essentially “unlimited supply of cheap nuclear energy.”

Reason for the Crackdown—Digital Renminbi

When the CCP began cleaning up Bitcoin mines in Inner Mongolia at the end of May, a source in China told The Epoch Times that “The CCP is banning virtual currencies such as Bitcoin in order to introduce the digital Renminbi. The popularity of Bitcoin and other virtual currencies in China will inevitably stifle the promotion of digital renminbi. This would be something the CCP couldn’t tolerate.”

The news confirmed the prediction of Ren Zhongdao, a political and economic affairs researcher at Tianjun think tank, who said in an interview with the Chinese-language Epoch Times on April 21, “The central bank’s digital renminbi will be fully rolled out when Bitcoin and other virtual currencies are completely blocked because other currencies hurt the Central Bank’s Currency issuance rights.”

According to Beijing Commercial Daily, when a reporter from the outlet visited bank branches in Beijing on June 16, he found that some ATMs of ICBC, Agricultural Bank, and others have already enabled digital RMB deposit and withdrawal functions.