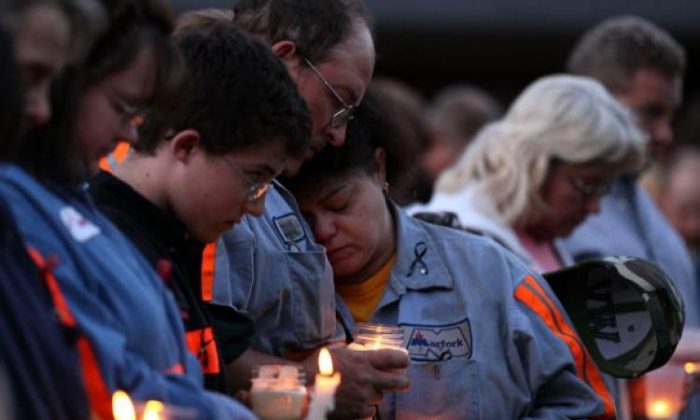 West Virginia Mine Tragedy: People participate in a candlelight vigil on April 10, 2010 to honor the coal miners that were killed,  a few days before in Montocal, West Virginia. (Mark Wilson/Getty Images)
US

Mine Official Charged in 2010 Disaster

Federal prosecutors filed charges on Feb. 22 against a superintendent at the West Virginia coal mine where an explosion killed 29 in 2010.

Gary May, 43, of Bloomingrose is charged with felony conspiracy for allegedly telling employees about pending safety inspections and concealing violations at the Upper Big Branch (UBB) mine owned by Massey Energy, according to a statement from U.S. Attorney Booth Goodwin of the Southern District of West Virginia.

“Mine safety and health laws were routinely violated at UBB, in part because of a belief that following those laws would decrease coal production,” the charges said, noting that it is “prohibited for any person to give advance notice” of an inspection.

The explosion was the worst mine disaster in the United States in four decades.