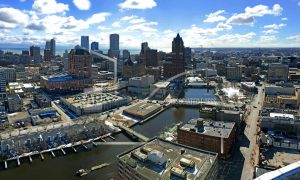 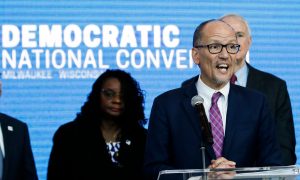 Democrats to Hold 2020 Convention in Milwaukee
0 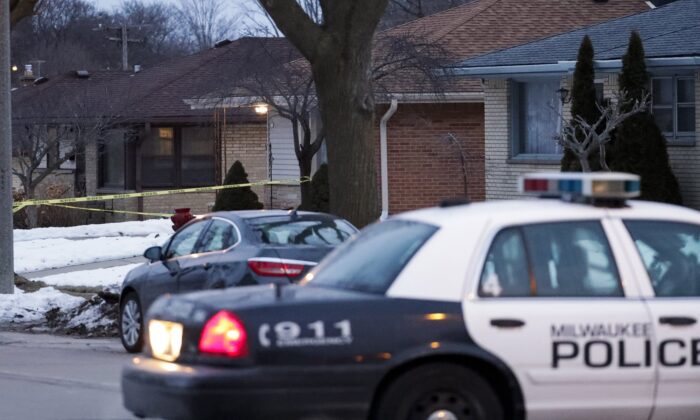 Police are seen outside of a house near Potomac and Courtland after a shooting at Molson Coors on Feb. 26, 2020, in Milwaukee. (Morry Gash/AP)
Crime and Incidents

Authorities on Thursday identified the man who gunned down five co-workers at one of the nation’s largest breweries before taking his own life a 51-year-old electrician who had worked at the Milwaukee Molson Coors complex for 15 years.

The chief could offer no motive, saying the shooting remains under investigation. He left without taking any questions.

Authorities have not released details about how the shooting unfolded.

Ferrill was a married father of two adult children and one younger daughter. Neighbors described him as a nice guy and helpful neighbor who enjoyed building guns, working on cars and playing with his dog.

“I considered him a son,” said neighbor Erna Roenspies. “He wasn’t violent. He wasn’t a drunk. He was a gentleman. I just can’t believe it.”

Ferrill was a licensed industrial journeyman electrician. The Journal Sentinel reported that he was a member of the International Brotherhood of Electrical Workers in Milwaukee, and that he served in the U.S. Coast Guard from 1987 to 1991 and was honorably discharged.

He also suffered from back pain, which was made worse when he was in car accidents in 2009 and 2010, the Journal Sentinel reported. He was a co-plaintiff with MillerCoors LLC Health Benefits Program in a 2015 lawsuit in connection with one of those accidents. In that lawsuit, Dr. Jeffrey Gorelick wrote that Ferrill used opioid-based pain killers and a muscle relaxant when his back pain flared up, but continued to work long hours on the job.

The 82-acre (33-hectare) brewery complex includes a mix of corporate offices and brewing facilities and employs more than 1,000 people.

It’s widely known in the Milwaukee area as “Miller Valley,” a reference to the Miller Brewing Co. that is now part of Molson Coors. A massive red Miller sign that towers over the complex is a well-known symbol in a city where beer and brewing are intertwined with local history. The complex features a 160-year-old brewery, a packaging center that fills thousands of cans and bottles every minute and a distribution center the size of five football fields.

Brewery Workers Local 9 of the United Auto Workers, which represents about 400 workers at the complex, issued a statement Thursday calling the shooting a “senseless tragedy” and alerting members that grief counselors would be available at their union hall in West Allis, a Milwaukee suburb.

By Gretchen Ehlke and Todd Richmond