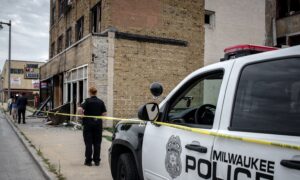 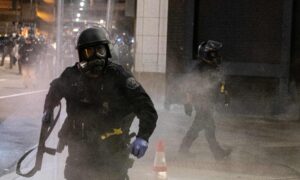 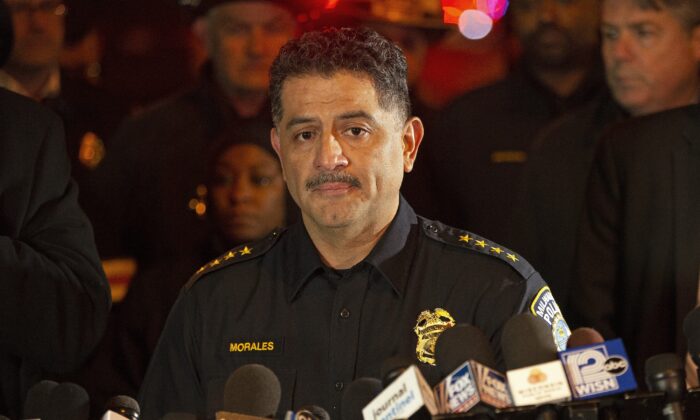 Milwaukee Police Chief Demoted Over Use of Tear Gas, Refusal to Fire Officer

Commissioners unanimously voted to demote Alfonso Morales to the rank of captain, his rank before becoming chief.

Morales was listening virtually to the hearing, and while he did not comment at the hearing his lawyer, Frank Gimbel, said in a statement later to Fox 6 that Morales will be consulting with him on possible legal actions. “In the meantime, he will cooperate with the newly named Acting Chief for the transition to serve the interest of the people of Milwaukee,” he said.

“Except for maybe one of them, they were all things you said that you would do in your first 100 days and beyond,” Commissioner Ann Wilson told the chief.

They said his conduct wasn’t proper.

Alderwoman JoCasta Zamarripa, a Democrat who represents part of Milwaukee, supported the removal of Morales.

“Whether it is on a 10 [percent] cut to the MPD budget or on meeting with the protesters advocating for police reform and the Black Lives Matter movement, he simply refuses to budge,” she said in a statement earlier Thursday. Zamarripa also supported replacing DeVougas.

Commissioners said Morales delayed or ignored requests, including requests for information on 911 call wait times and cooperation with oversight of multiple investigations. They were also upset that officers used tear gas and other crowd control munitions to disperse protesters in May and June—the protests at times devolved into rioting—and that Morales refused an order to fire an officer involved with the arrest of Sterling Brown, a professional basketball player, in 2018.

The commission banned the police department from using tear gas in July, which prompted over 100 police agencies to pull out of agreements to guard the upcoming Democratic National Convention.

The directives were vetted through the city attorney’s office and commissioners felt they were within the statutory realms of their authority, DeVougas told reporters earlier Thursday.

The overview was released to the public August 5.

Following the demotion, Barrett, a Democrat, said in a video statement that he was angry with what transpired. “The discussion surrounding this decision tonight was completely lacking in transparency,” he said.

The mayor pledged to work with Brunson, who issued a statement saying he looks forward to serving the residents of the city.

The attorney recently told reporters that the commission was planning to terminate Morales, citing a conversation a high-level police official supposedly had with one or more commissioners. That official was told he may be considered a candidate for the next police chief, Gimbel alleged.