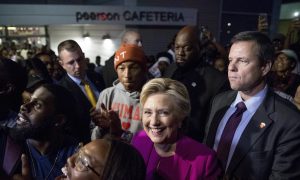 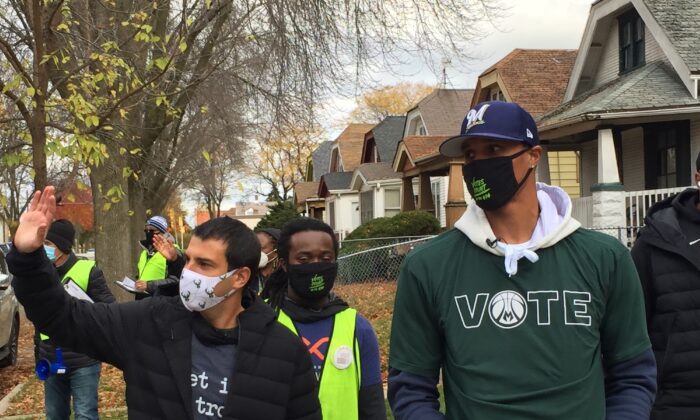 Alex Lasry, a 33-year-old Milwaukee Bucks executive and son of a billionaire, has announced he will run for Sen. Ron Johnson’s (R-Wis.) Senate seat in the 2022 midterm election.

Lasry, a Democrat whose first job out of college was as an aide in the Obama White House, made the announcement in a YouTube video published on Feb. 16, in which he spoke of being “inspired by President Obama’s call to action” and the need for “a new way of thinking and a new perspective” in Washington.

“What we all too often, I think, see in Washington is people talking about the problems rather than actually trying to do something about it,” Lasry says in the video, which features endorsements from local officials and activists who tout his approach and engagement.

“The Milwaukee Bucks have always been a good ally to the LGBTQ+ community,” JoCasta Zamarripa, a Milwaukee Common Council member, says in the video. “But Alex Lasry truly has taken it to the next level. He was always on the ground, in person, sleeves rolled up, Obama-style, and that was really moving for me.”

Lasry took a “real hands-on approach,” Johnson says, noting that he held “job town halls so that people who live directly in our neighborhoods who are unemployed or underemployed had the opportunity to come and work and build up this fantastic arena.”

On the policy front, Lasry said corporate tax cuts should be conditional, with companies having to prove they deserve them, by paying their workers well or rooting their supply chains in the United States.

“If their manufacturing operations and supply chains are coming from America, if they’re paying their workers $20 an hour, if they’re continuing to do things that make this country better, then great, you’ve earned your tax cut,” Lasry says.

Lasry and Outagamie County Executive Tom Nelson, also a Democrat, are currently the only two candidates who’ve officially announced they’re running in Wisconsin’s Senate race, with the fight for Johnson’s seat expected to be among the most competitive contests next year.

Johnson hasn’t said yet whether he will seek a third term.

“My bias has always been [to serve] two terms and go home,” Johnson told the Milwaukee Journal Sentinel in January before Democrats won a pair of Georgia runoff elections to take majority control of the Senate. “That continues to be my preference, but at the same time, the Senate is kind of a firewall against total control by Democrats, which would be, I think, a very bad thing for this country.”

Johnson remains popular with Republican grassroots, a key factor as he mulls whether to run again, according to Republican strategist Brian Reisinger.

“There’s a lot of people who look at Ron Johnson, and they see the political durability that he’s had over the years despite being a dead man walking twice before,” said Reisinger, who worked on Johnson’s 2016 campaign.

Reisinger said Johnson has been able to overcome naysayers who didn’t give him much of a chance of winning, first against then-incumbent Sen. Russ Feingold (D-Wis.) in 2010 and again in a 2016 rematch.

Johnson has been a staunch supporter of former President Donald Trump, backing Trump’s efforts to question the integrity of the election and, more recently, challenging the impeachment-related “incitement of insurrection” allegations, saying in a Feb. 15 radio interview that the Jan. 6 Capitol breach “didn’t seem like an armed insurrection.”