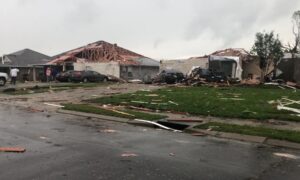 18 Dead in Tornado Outbreak in Southern US, Storms Heading North
0 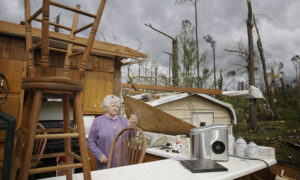 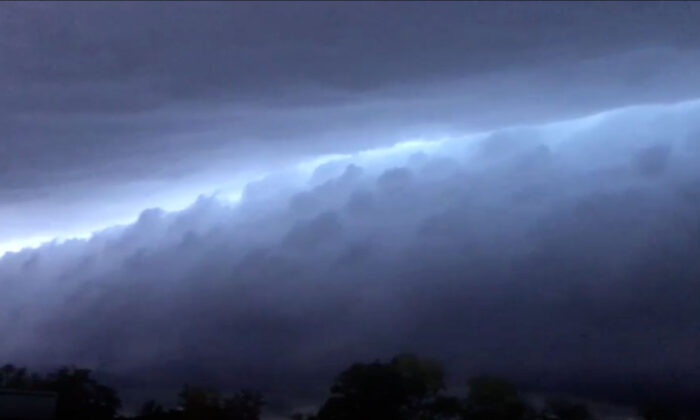 A shelf cloud was seen before the storm hit Canton, Al., on April 19, 2020. (Courtesy of Lorie Elam Seales)
US News

For the second Monday in a row, people across the South woke to storm damage caused by extreme winds, hail, and tornadoes.

There were reports of at least seven tornadoes Sunday night into Monday morning. In addition, there were more than 100 reports of damaging winds and more than 30 reports of hail from Kansas to Florida.

One of those strong and potentially large tornadoes tracked just south of Hattiesburg, Mississippi, on Sunday night. The Hattiesburg Police Department said on Twitter that trees were downed and vehicles flooded in the wake of the storm.

But the storm already had an impact Sunday.

Roughly 27,000 customers were without power Monday evening across Mississippi, Alabama, Georgia, and Florida, according to PowerOutage.us, down from 90,000 earlier in the day.

In Alabama, Shaina Scott of Alexander City said the hail smashed multiples holes in the side of her house. It was quick, just 20 to 30 minutes, but it was unlike anything Scott had ever experienced, she said.

Johnette Lamborne told CNN her family is safe but the hail damaged her home, car and storage shed.

This time of the year is primed for storms like these, said CNN meteorologist Brandon Miller.

“While unusual to see nearly identical-looking threats exactly one week apart, this is the peak time of year for severe weather and tornadoes across the southern U.S., especially in the area called Dixie Alley,” Miller said.

This system is like the one that struck the region last week.

“No two weather patterns are ever the same, but these are very similar,” said CNN meteorologist Gene Norman. However, this week does have some differences, Norman said, including a jet stream that is further south.

The storm system caused the deaths of at least 32 people and destroyed homes before moving to the East Coast.

The storms fell over the Easter holiday and during the coronavirus pandemic. Many were left with the decision to follow social distancing protocols or shelter safely from the storms. And once they had passed, some didn’t have their homes left to shelter in.

Last week, the storms killed at least 11 people in Mississippi, nine in South Carolina, eight in Georgia, two in Tennessee, one in Arkansas and one in North Carolina.