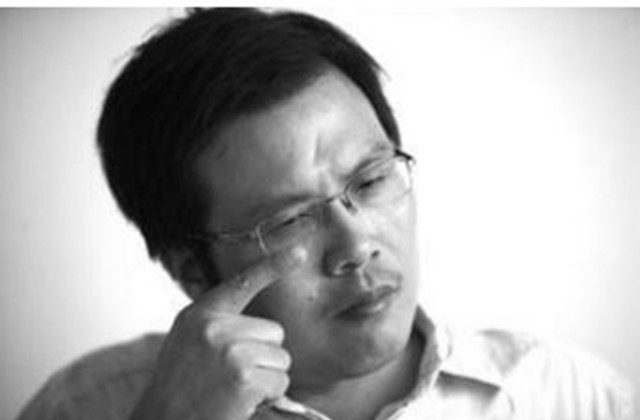 Wen Lisan in an interview with Chinese media. (Credit)
China

Chinese authorities have ordered the recall of millions of Chinese elementary and middle school textbooks, in order to purge from them what have recently been declared the “reactionary” political opinions of a former editor.

“According to the demands of the Ministry of Education… the name list of editors in a portion of educational materials must undergo important revisions,” says a notice by the Zhongnan Publishing and Media Group on June 23.

“Wen Lisan’s name will be deleted from the list of editors.”

The notice then goes on to call Wen, a former senior editor of the prominent publishing house People’s Education Press,”anti-party, anti-China, and a radical Westernized element who has posted many reactionary remarks.” The letter was dispatched to China’s largest bookstore chain, Xinhua, in the Hunan region, and probably circulated more widely. It was photographed and uploaded to social media.

Following the purge of Wen’s name, the Ministry of Education ordered a “thorough and careful inspection” of all course materials and related tutoring books, according to RFI Chinese, in order to remove the subversive influence of Wen. “All essays, paragraphs, and sentences connected with Wen Lisan must be entirely substituted,” the notice said, according to RFI. Publishing houses need to present the results on July 11, 2016, for examination. Before the results of the investigation are concluded on July 14, no textbooks can be printed or distributed.

Six Chinese textbooks in the well-known “Yuwen” series will be recalled beginning this autumn semester, the document says. Copies in stock will be destroyed and prohibited from recirculation.

Insiders in the publishing industry estimated that the cost of the recall could reach into the hundreds of millions of yuan (tens of millions of dollars), according to RFI.

Until about six months ago Wen was with People’s Education Press, which is “under the direct leadership of the Ministry of Education of the People’s Republic of China,” according to its website.

Wen is also a member of the China Writers Association, and has written a praised collection of essays, “Where My Heart Rests,” composed of reminiscences of his hometown, once a communist revolutionary base.

His swift fall from favor took place beginning in May, after Wen made a number of remarks upon the death of the scholar and towering literary figure Yang Jiang. While praising Yang’s work, he happened to call the Chinese Communist Party “communist bandits,” a term of art used to attack the Party. It’s likely this that infuriated Party loyalists, according to RFI.

Leftist Chinese outlets subsequently published lengthy tirades against Wen, calling him “pro-U.S.,” “pro-Japan,” and “anti-China.” His Sina Weibo account has been shut down.

Wen is guilty of “ridiculing the appearance of revolutionary leaders and heroes,” writes the neo-Maoist Wu Bin, who describes himself as a “voluntary investigator,” and is an active figure in leftist cyber circles online. According to photographs Wu Bin posted, Wen even called for the removal of political material from Chinese literature classes. Literature, Wen is accused of saying, has become “subordinated” and even “slave to” political power.

“Who is qualified to be the judge of knowledge?” is typical of the dangerous questions Wen posed.

Wen has also spoken out on sensitive political topics like the June 4 massacre of pro-democracy students in 1989.

“The old regime may well have been hell on earth,” he said, referring to the Nationalists, who ruled China before the Chinese Communist Party defeated them in a civil war in 1949. “Yet who’d have known that the new regime would be worse than hell?” This remark, made while reflecting on the suicide of a renowned scholar during the Cultural Revolution, was among the meticulously dissected excerpts from his entire Weibo history by the ultranationalist website “Chawang.” The editor, Wu Bin, called Wen’s words  “poisonous.”

Wen’s pronouncements also met with a great deal of support online by those who share his political sympathies. “These are the yearnings of an ordinary citizen for a more civilized country and society. It’s perfectly normal,” said Rebel Pepper, a cartoonist who produces often biting depictions of Party politics, in an interview with Radio Free Asia on July 10. The artist, who lives in Japan, said he was also often denounced by state media as “pro-Japan.”

Guangzhou-based writer Yedu said he thought the entire episode was a study in absurdity. “They are ordering a purge of hundreds of millions of textbooks because of remarks made by a former employee. Over the last many years in Chinese ideology, I don’t think I’ve seen anything more hilarious.”