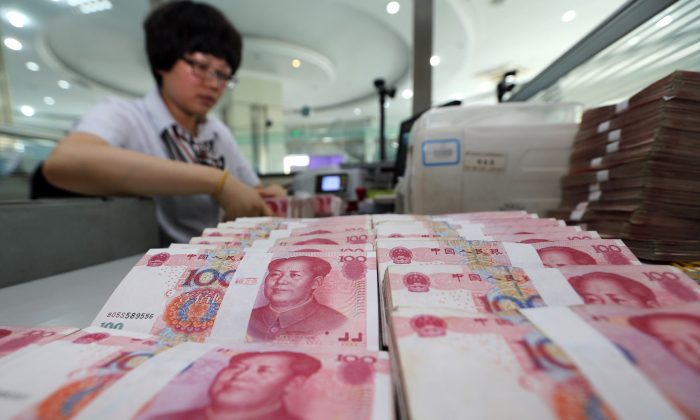 Nearly 1 million Chinese bank customers haven’t been able to access their deposits for more than a month, according to Chinese media reports. While the Chinese bank regulator claimed that its investigation found illegal wealth collecting activities involving a major shareholder and a third-party platform, customers believe the regulator failed to safeguard people’s interests in the first place.

On April 18, customers of four rural banks in Henan Province found that their accounts were restricted when they tried to make regular withdrawals. On April 18 and 19, the banks issued notices of system upgrading and maintenance, and suspension of internet banking and mobile banking services.

The local government responded on April 25, stating that the banking system was being upgraded to prevent illegal activities. The Chinese Central Bank also issued a statement of investigation.

Two local depositors told the Chinese edition of The Epoch Times that it had been more than 30 days, and many people still couldn’t access their retirement funds or regular funds. They denied the official’s claim of investment fraud and said they were ordinary civilians who keep their savings in the banks.

Local resident Mr. Cheng said he had opened an installment savings account in person at the local bank, which required him to deposit a small sum of money every week. The interest rate was higher than the major banks were paying, and it was “based on the interest rate of a national standard,” Cheng said.

“To us, a bank is like the state, you should feel safe with it. How can there be any issue with your savings? My bank card shows a record of regular interest payments, but I can’t withdraw [any money],” Cheng said.

Ms. He joined the installment savings online via a third-party platform three years ago, and she’s been withdrawing principal and interest on a fixed term. But withdrawal was restricted on April 18.

Protests broke out on May 18 in front of the provincial Banking and Insurance Regulatory Commission office.

Ms. He said that police showed up, and many depositors were beaten and assaulted with pepper spray. Police arrested a number of people.

Cheng said that those who were arrested were released. There were about 200 people at the scene as he spoke on May 21.

“We are regular customers of the bank—it’s about our savings accounts. It’s not an investment project. We have to fight for it,” Cheng said.

A Customer’s Report to the Police

Ms. He provided an online recording of a college professor making a call to the police demanding an investigation of the rural banks.

In the recording, the professor said, “It’s the major shareholder who misappropriated the banks’ assets.”

Ms. He insisted that the bank regulator had ignored its duty for the past three years by allowing corrupt activities within the banks, and had wrongfully labeled depositors’ savings as illegal investments.

She asked the regulator to recognize the status of their deposits. “The civilians’ deposits in China’s listed banks now become illegal investment funds. It’s a shame to the banking system in China.”

The rural banks in Henan implicated in the incident were branches of Henan Xuchang Rural Commercial Bank (HXRC Bank).

In 2018, the HXRC Bank was fined for unclear investments of bank assets. The employees jointly exposed top management and the main shareholder’s concerted acts of draining the bank of at least $1.5 billion. The regulator’s fine was criticized as a “protective” penalty by bloggers on Weibo.

The main shareholder, New Fortune Group, had its business registration canceled in February.

In March, the Xuchang police issued a wanted notice and a reward of $15,000 for the former HXRC Bank vice president, Sun Zhenfu, who is suspected of “serious economic crimes.”

Ms. He says the relevant departments are shirking their responsibilities and that the bank is robbing its customers.

According to the public registration record of the HXRC Bank, its scope of business included absorbing deposits from the public, and issuing short-, medium-, and long-term loans.

Li Xin’an and Gu Xiaohua contributed to this report.