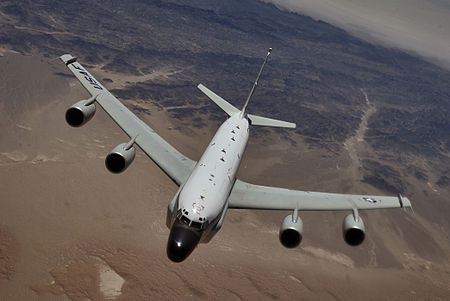 The U.S. Air Force motto to “aim high” will be impossible for the unvaccinated faithful in its ranks, as those asking for religious exemptions from the COVID-19 shots are being grounded and terminated.

As of March 15, 2022, the Air Force reported that it had rejected 5,259 religious accommodation requests and had granted only 23. That is a 99.6 percent rejection rate, according to a lawsuit against President Joe Biden’s administration brought by 36 members of the Air Force, Air Force Reserve, and Air National Guard.

While denying most religious exemptions, the Air Force granted at least 3,781 medical and administrative exemptions, court papers say. The case is being watched by other Air Force families who are not part of the case officially but are also in the process of losing their jobs.

The Air Force spends about $5.5 million to train a single pilot, according to a Rand Corporation research report. Attorney Kris Kobach of Kansas, who is handling the case, figures that of the 36 Air Force clients he is representing, the 17 pilots in the group represent $93.5 million of taxpayer money spent on training. The group also includes some of the Air Force’s most experienced flight instructors, translators, and cyber warfare experts.

They are mostly stationed at Offutt Air Force Base near Omaha, Nebraska; McConnell Air Force Base in Wichita, Kansas; and some in Texas and other areas of the country.

“Most of them are very senior pilots, and the notion that we would fire these pilots that the United States has invested tens of millions of dollars in, is just outrageous. We are impairing our readiness,” Kobach told The Epoch Times. “There are a couple from Texas who are full-time instructor pilots and the commander at that base is complaining that we aren’t training enough pilots fast enough, yet the military is forcing the removal of highly experienced, highly trained pilots and forcing the removal of the instructors who would train new pilots. It’s just nonsense to do this. The military, in the name of readiness, is destroying its own readiness.”

The action, filed in the U.S. District Court of Kansas, seeks a preliminary injunction to halt terminations.

Many of the plaintiffs believe that the human body is God’s temple, and that they must not take anything into their bodies that God has forbidden or that would alter the functions of their body, particularly substances that include messenger RNA (mRNA), court papers say. The filing also explains that many do not want to take a product that used aborted fetal cell lines in its testing, development, or production, as that would be participating in the abortion industry.

“The First Amendment does not allow governments to deny someone free exercise of their religious faith and in particular if they treat a comparable secular activity better than the religious activity, that is highly likely to violate the First Amendment,” Kobach said. “In this case, the military has granted thousands of medical and administrative exemptions but has granted virtually no religious exemptions.”

The Air Force’s vaccination policy has the effect of weeding out some of the most devout Christians in the military, Kobach said.

“These individuals all want to remain in the military, in particular the active duty Air Force and the full-time Reserve,” he said. “They’ve invested their lives in this career and they fully intend to fight to keep their place in the Air Force. But if push comes to shove and they are forced to choose between their career and their faith, they will choose their faith. It’s a horrible way to treat the men and women who are fighting to defend our Constitution against foreign aggressors, to deny them their own constitutional protections.”

Kobach is currently a Republican candidate for Kansas attorney general.