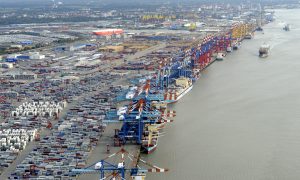 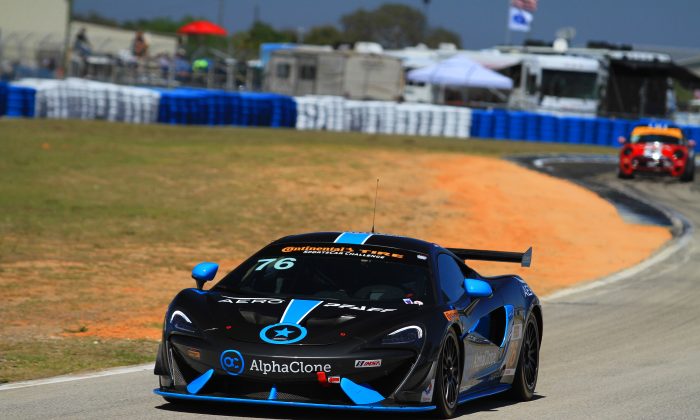 The driver of the bright green McLaren 650S supercar crashed on the A52 road near Essen, killing an 18-year-old female passenger who was the man’s friend, reported Yahoo News on March 26.

The woman died after she was thrown from the vehicle into the trees.

'The young man lost control of the car at the junction, veered to the right and smashed through the crash barrier.'

German media only identified the 23-year-old drive as “Lars D,” who survived the incident, according to The Sun.

He told officials that he was going 186 mph, and the Yahoo report added that he crashed through a barrier after he lost control.

After the crash, Lars was taken to the hospital after suffering from shock.

The car was reportedly travelling at 186mph.

A police spokesman stated, “For as yet unconfirmed reasons, the young man lost control of the car at the Essen-Kettwig junction, veered to the right and smashed through the crash barrier,” Yahoo reported.

The official added that the cause of the accident may have been “high speed or an overtaking maneuver.”

“We also cannot rule out the possibility that the car had a technical problem,” the police spokesman said.

Yahoo reported that the vehicle is being inspected to see if it was safe to drive.

The police spokesman added, “A preliminary investigation was initiated on suspicion of negligent homicide.”

Investigators said the impact was so severe that the female victim’s seat belt was ripped off before she was thrown into the trees.

According to The Sun, one of the car’s wheel axles completely broke away due to the crash.

Meanwhile, it was reported that the McLaren was registered to the father of Lars.

The perennial debate over whether to impose speed limits on German highways is a contentious one — pitting the powerful car industry and its allies in government against environmentalists and safety advocates.

“No matter how fast you’re driving in Germany, someone is driving faster than you,” actor Tom Hanks once said on Late Show with David Letterman, describing driving there. “When another car passes you when you’re driving as fast as physics allow … a blur goes past you. Sometimes it’s a red blur, sometimes it’s white.”

NPR, citing German officials, said there are more than 8,000 miles of autobahn in Germany, and approximately 70 percent have no speed limit. Other roads and freeways have restrictions.

When discussing placing a restriction on the autobahn’s speed limit, the “Handelsblatt newspaper compared the fever pitch of the public discussion to Americans’ polarized views on gun control and abortion,” NPR reported.

One of the rarest and most expensive cars—the Koenigsegg Agera RS—crashed in Switzerland last year, taking serious damage.

The car, which can reportedly get up to 284 mph, spun out of control between Nyon and Trelex, Autoevolution reported. It then hit the rocks, causing considerable damage to the $2 million car.

@RichardHammond are you filming in Switzerland again? Somebody took care of a Koenigsegg Agera RS… https://t.co/5l5xSOAKir@thegrandtour, @JeremyClarkson

“The RS is limited to just 25 units, each with a price of around $2.1 million. Powered by a 5.0L V8 engine, the Agera RS produces 1,160 BHP and is currently the world’s fastest production car,” DriveTribe reported.

In November 2017, Bloomberg News reported that an Agera RS hit the highest speed ever for a production vehicle, averaging 277.87 mph across two runs in an 11-mile, closed off stretch of Highway 160 in Nevada.