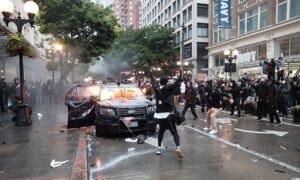 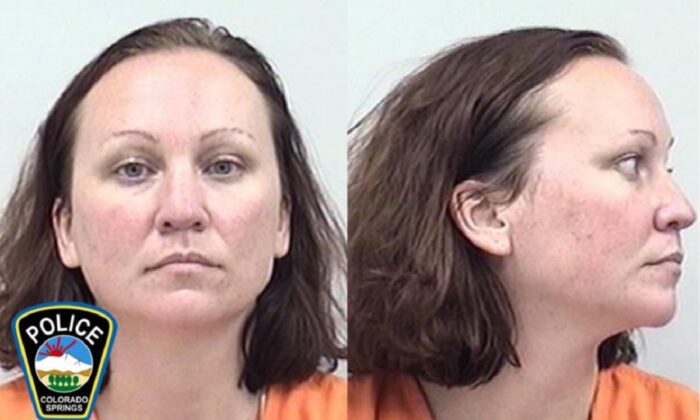 Militia Member Arrested for Allegedly Menacing With Gun During Riot

A member of the Redneck Revolt militia was arrested on Friday for allegedly pointing a rifle at an occupied vehicle during a riot in Colorado last month.

Sherrie Smith, 36, of Fountain, Colo., was taken into custody on multiple charges, including felony menacing, felony riot, and several misdemeanors.

Local police received assistance from federal agents in the probe.

But after she got locked out of a representative’s office, she was convinced her the tactics needed to change.

“That’s when I was like, we need to stop being polite. They work for us and if they don’t want to hear me, I’ll make sure they do,” she said.

Smith and her husband came into contact with so-called anti-fascist activists, or Antifa members, many of whom have stated openly that they support using violence against opponents. They soon became familiar with Redneck Revolt, which provides security for left-wing protesters.

According to the group’s website, it is a “national network of anti-racist, anti-fascist community defense firearms projects from a broad spread of political & cultural backgrounds.” Many of the group’s branches choose to become John Brown Gun Clubs.

Attorney General William Barr named the club as one group in Antifa’s sprawling network, telling NBC this week that chants from a number of gatherings signal the groups believe they’re revolutionaries and engaged in a revolution.

Smith told the paper that Redneck Revolt and Antifa shared tactics but claimed the former was committed to defensive action and an organizational structure.

“We’re not looking for confrontation like they are,” she said.

Smith told the same paper this week that she did attend the protest that devolved into a riot, claiming the fact she openly carried a firearm led to her being charged.

“It’s retaliation” she said. “My firearm’s legal. Every firearm we own is legal. I was carrying, legally. The protest was moving constantly — that’s the regulation for protest in a residential area. This is an attempt to scare me and stop me from what I’m doing.”

“As a department, we are committed to ensuring everyone’s rights. That includes protecting those who wish to speak against us and law enforcement as a whole. But what we cannot allow is for illegal behavior in our city.” Niski said in a statement.

Officials said they expect to make additional arrests in the future.

They published an individual dressed in all black, with a brown vest, who was brandishing a rifle at the riot, and asked for public assistance identifying the person.