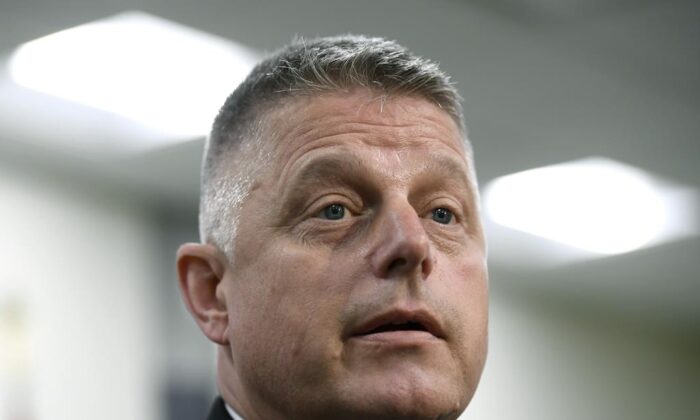 OTTAWA—Military police say they have charged the former head of human resources for the Canadian Armed Forces with one count of sexual assault.

The Canadian Forces National Investigation Service says Vice-Admiral Haydn Edmundson has also been charged with one count of indecent acts.

In announcing the charges against Edmundson, the CFNIS noted Arbour left open the door to leaving investigations in the hands of military police if they are near completion.

Edmundson stepped down as head of military personnel command in March due to a police investigation after a CBC report of alleged sexual assault. He has denied the allegations.

His successor, Lt.-Gen. Steven Whelan, stepped aside in October due to a military police investigation into an allegation of sexual misconduct. He has also denied any wrongdoing.