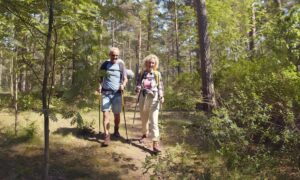 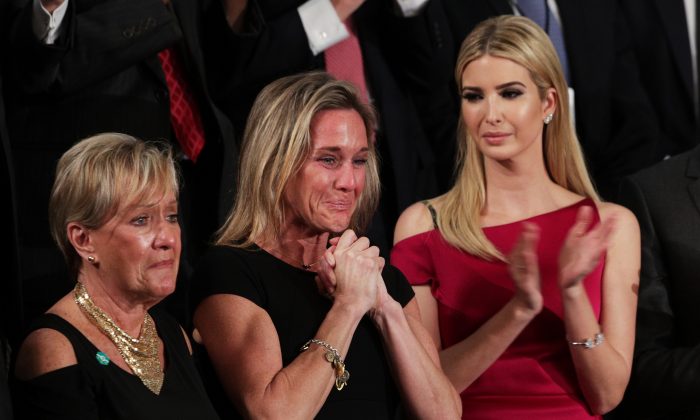 In a rare moment of across-the-board solidarity during the President Donald Trump’s first speech to Congress, politicians on both sides of the aisle gave a warm reception to the widow of Senior Chief William “Ryan” Owens, the Navy SEAL who was killed during a recent raid in Yemen.

Ryan Owens and as many as 29 civilians were killed on the Jan. 28 anti-terrorism mission in Yemen intended to be a quick intelligence-gathering raid. It turned into a nearly hour-long firefight—the first military counter-terrorist operation Trump had signed off on, just six days into his presidency.

White House press secretary Sean Spicer says Trump called Carryn Owens on Jan. 30 and invited her and her three children to attend the speech, during which Trump honored the fallen soldier. The Owens family visited the White House on Tuesday and met with the president.

“I just spoke to General Mattis,” Trump said during his speech to Congress, “who reconfirmed that, and I quote, ‘Ryan was a part of a highly successful raid that generated large amounts of vital intelligence that will lead to many more victories in the future against our enemies.'”

Carryn Owens, standing with Trump’s family in the balcony, was in tears as the whole room stood up and applauded her, as she intermittently looked skyward in perhaps a silent exchange with her late husband.

“Ryan’s legacy is etched into eternity,” Trump continued. “For as the Bible teaches us, there is no greater act of love than to lay down one’s life for one’s friends. Ryan laid down his life for his friends, for his country, and for our freedom—we will never forget him.”

The house cheered and applauded her for about two minutes in a standing ovation from Democrats and Republicans.

“Ryan is looking down right now,” Trump added. “And he is very happy because I think he just broke a record,” he said to laughter from the House.

“I’ve been in this town 25 years, probably watched ‘State of the Unions’ for 30,” Spicer said during a White House press gaggle the following day. “I’ve never seen a sustained applause like that.”