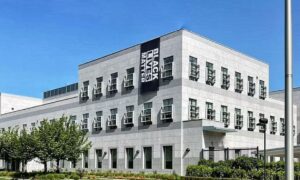 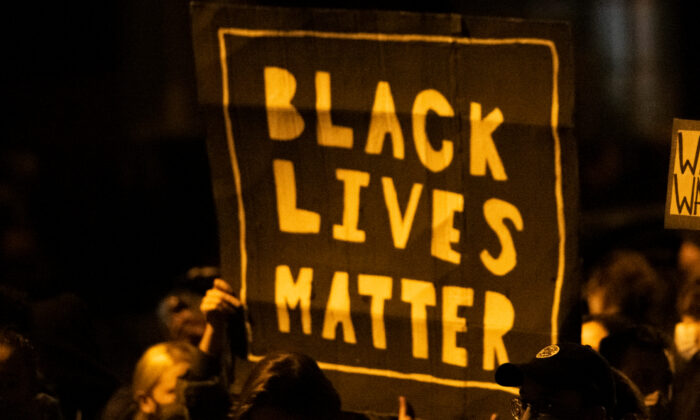 An alleged whistleblower who submitted a comment to Sen. Tom Cotton’s (R-Ark.) and Rep. Dan Crenshaw’s (R-Texas) offices said that a large Black Lives Matter flag was flown at a military installation in Africa last year, which may have flouted then-Pentagon policy.

The unnamed service member said that while deployed in a combat zone in Africa, a large Black Lives Matter flag was flown at a U.S. naval base, according to Cotton’s office in a statement to Breitbart News.

“The flag was probably fifty feet long, by fifteen feet wide. In addition to this, there were many service members that were wearing BLM t-shirts that sported additional BLM slogans, doo rags, and hats, all with BLM plastered on them. I am opposed to the BLM movement for many reasons, and seeing a constant reminder of this group daily, was offensive and distracting to me, especially in a combat zone,” the person said, adding that Black Lives Matter, to them, is a politically motivated group that “has no business” being advertised on a military installation.

The date of the incident was not given in the account. Nor was the name of the U.S. naval base in question.

The person claimed that several other people they worked with “felt the same way” about Black Lives Matter.

When the whistleblower asked a higher-ranking individual and the base commander about why the flag was being displayed, the officials told them “it was the view of the commander that this movement was not political, and non-partisan, therefore, he had no issue with its advertisement.”

“I asked him then if it would be ok if a hung a massive make America great again Trump 2020 flag, and wore hats and memorabilia for the MAGA movement,” the whistleblower account said. “He told me that would not be allowed, as that would be a very political statement, and cause a lot of offense to some people.”

According to the whistleblower, “I told him this seemed very one-sided and hypocritical, and he said it was the commanders [sic] decision, and not his. I share this because I don’t think it was right then, or now, that there is such a double standard, when it comes to these issues. I felt powerless to affect any change, and just had to try and let it go and deal with it everyday.”

The  Department of Defense updated its policies (pdf) in July 2020—during the height of Black Lives Matter demonstrations last year—stipulating that only official flags can be flown at bases.

And Cotton, during a Senate Armed Services Committee hearing this month, told Pentagon chief Lloyd Austin that he received hundreds of whistleblower complaints about being forced to undergo training on critical race theory, a quasi-Marxist academic theory, as well as other “anti-American indoctrination.”