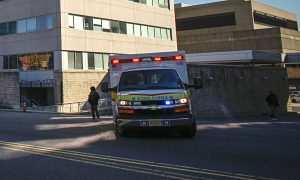 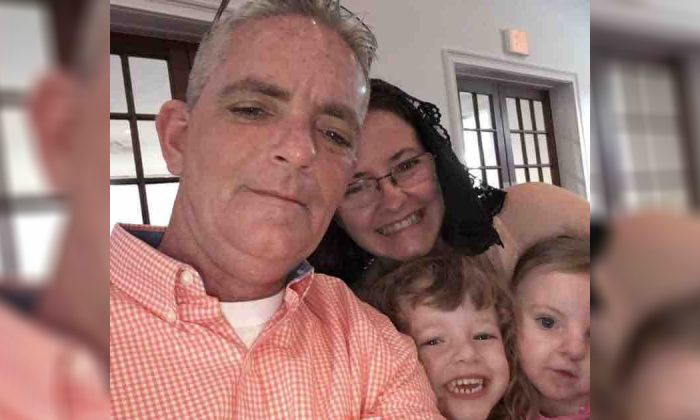 An undated photo of US Navy veteran David Ireland (L) with his family in Orlando, Fla. (Courtesy of Daniel Ireland/Gofundme)
US News

Family and friends are mourning the death of a Florida navy veteran who lost his battle against a rare flesh-eating disease on August 29.

Orlando resident David Ireland passed away at the age of 50 after undergoing at least three surgical procedures to remove about a quarter of his skin affected by necrotizing fasciitis. The rare bacterial infection usually enters through a break in the skin and rapidly spreads throughout the body with at times deadly results, according to the Centers for Disease Control and Prevention (CDC) website.

“He fought very hard against this disease,” Ireland’s brother Daniel said on a Gofundme fundraiser page for the family.

David began feeling unwell on August 16 and complained to wife Jody about feeling flu-like symptoms, body aches, and a fever.

An Orlando man is in critical condition after his family says he contracted flesh-eating bacteria.https://t.co/lO7hTPdI8S

Orlando man who lost 25 percent of skin to flesh-eating bacteria has died https://t.co/7r2c1cvYHy

“His kidneys have failed, his blood pressure and acid numbers from his liver … [were] starting to level off,” he said on Gofundme, hoping to raise $20,000 to pay the family’s hospital bills and living expenses.

“They will also be checking for more infection and if so taking more skin off, and replacing his catheter,” she said at the time on Gofundme.

A man who works at Universal Orlando has had more than 25% of his skin removed after contracting a flesh-eating bacteria, according to a report. https://t.co/lxMp4xHBFD

However, about a week later David lost his battle with the disease.

His obituary revealed David was born in Kampala, Uganda and served the U.S. Navy and reserves each for four years. He more recently worked as an attractions trainer at Universal Orlando.

“[He] always provided a calm, peaceful, fun atmosphere for his coworkers,” the obituary said.

Orlando man dies from flesh-eating bacteria. He thought it was the flu. https://t.co/aQFLXTiwmh

“In lieu of flowers, please make donations to Camp Horizon,” the obituary said.

The fundraiser had collected at least $17,240 at the time of publication.

“Your prayers and financial support is greatly appreciated,” Daniel said on Gofundme. “He meant the world to all of us.”