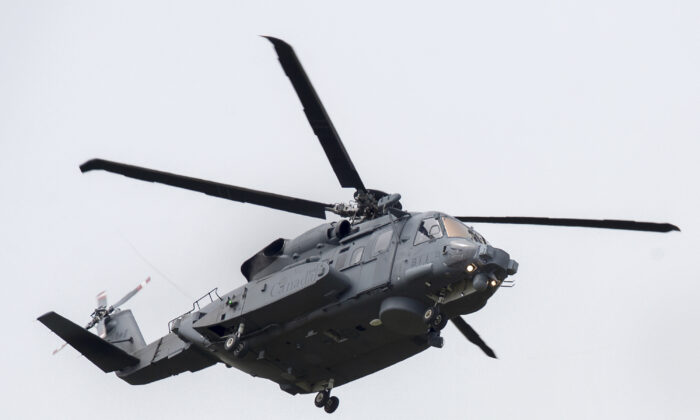 A CH-148 Cyclone helicopter from 12 Wing Shearwater, home of 423 Maritime Helicopter Squadron, flies near the base in Eastern Passage, N.S., June 23, 2020. (The Canadian Press/Andrew Vaughan)
Canada

HALIFAX—The Canadian military’s fleet of maritime helicopters is undergoing inspections and repairs after cracks were recently found in the tails of four CH-148 Cyclones.

The Royal Canadian Air Force confirmed today in a statement that the Sikorsky-made aircraft have not been grounded or placed on an operational pause.

The Air Force says cracks were first detected in one helicopter during a routine inspection on Nov. 26.

Since then, cracked tails have been found in three other helicopters.

Special inspections were completed last week and repairs are expected to be finished in the next few days.

The “maintenance issue” is affecting most of the Cyclone fleet and has had an impact on Operation LENTUS, the military’s effort to help those affected by the widespread flooding in British Columbia.

The military has deployed other aircraft to fill the gap, as has the province and other emergency response partners.