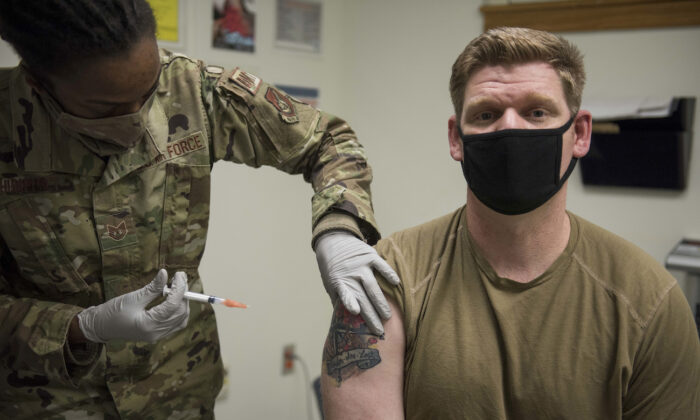 A member of the U.S. Air Force receives the Moderna COVID-19 vaccine at Kunsan Air Base, Republic of Korea, on Dec. 29, 2020. (U.S. Air Force/Jordan Garner)
By Jack Phillips