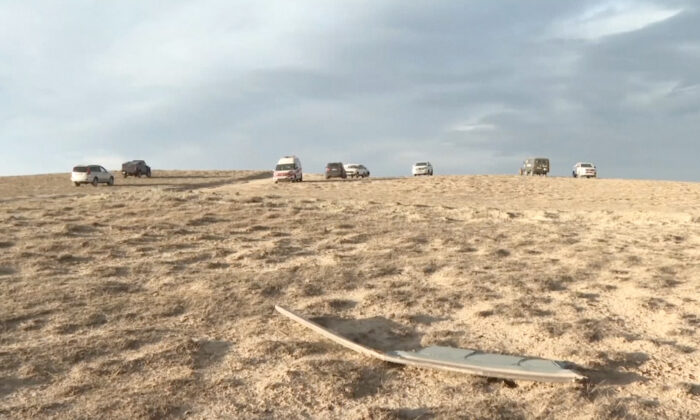 A broken helicopter part after a military helicopter crash in Khasynsky District, Azerbaijan, on Nov. 30, 2021, in a still from video. (AP/Screenshot via The Epoch Times)
Asia & Pacific

The helicopter of Azerbaijan’s State Border Guard service crashed on Tuesday morning during a flight over the Garaeybat training ground in the east of the country.

It wasn’t immediately clear what caused the crash.

Azerbaijan’s President Ilham Aliyev and his wife Mekhriban Aliyeva have extended their condolences to the families of the victims.