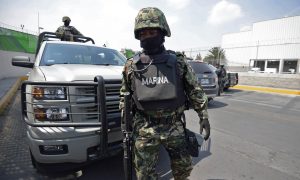 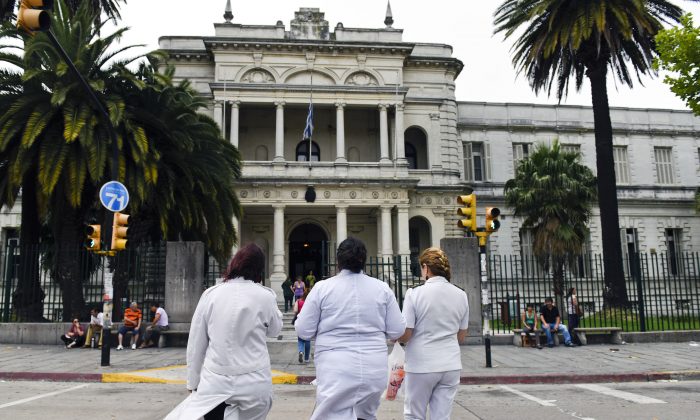 NORFOLK, Va.—A government contractor who trains the military in combat medicine could have his medical license revoked after he was accused of conducting a series of bizarre and invasive procedures involving students, including several of a sexual nature and others involving drugs and alcohol.

Dr. John H. Hagmann is scheduled to appear before the Virginia Board of Medicine on Friday. The board temporarily suspended Hagmann’s license in March, saying a substantial danger to the public health or safety warranted the decision.

The allegations against him were first reported by Reuters.

They are detailed in a “statement of particulars” outlining the board’s case against Hagmann and are largely based on interviews investigators had with former students. Although Friday’s hearing will unfold much like a trial, it is administrative in nature.

The document says Hagmann photographed and manipulated a drunk student’s genitals; told students to quickly consume alcohol and then injected them with a hallucinogen to test its effects on their cognitive skills; and encouraged students to practice inserting catheters into each other without proper training or need.

Hagmann’s attorney, Ramon Rodriguez, said his client would not be attending the hearing.

“Unfortunately, Dr. John Hagmann is out of the country and unable to attend the upcoming June 19, 2015, formal hearing,” Rodriguez wrote in an email to The Associated Press. “Despite having advanced knowledge of this fact and other concerns to reschedule the hearing the Board of Medicine has decided to proceed in Dr. Hagmann’s absence.”

Hagmann told Reuters via email that he didn’t violate any rules, nobody was harmed and that Virginia authorities have misapplied rules that pertain to patients, not trainees.

“There were no ‘patients’ and no ‘physician-patient relationships’ involved — only students undergoing training,” Hagmann said. “In 25 years no one has ever been harmed. What military training — or even most sports — can report that?”

Hagmann had separately come under scrutiny from the Norfolk-based People for the Ethical Treatment of Animals. The group had been looking into how his business used more than 14,000 pigs during its trauma training and has asked the Defense Department to stop doing business with Hagmann.

DMI is based in Gig Harbor, Washington, but Hagmann conducts training in several locations, including a 32-acre farm near Partlow, Virginia, about 40 miles north of Richmond. There, state investigators said he conducted a “cognition lab.” That consisted of telling participants in 2013 to complete a cognitive test before and after drinking eight ounces of bourbon in less than 30 minutes, and encouraging them to chase the liquor with beer.

State investigators also say Hagmann told students in 2012 at Uniformed Services University in Bethesda, Maryland, to drink large amounts of liquor and beer. He then injected them with ketamine, a hallucinogen, so he could assess the effects of the substances on their cognition.

The report also says Hagmann conducted “shock labs” at the university, which consisted of withdrawing blood from medical students, monitoring them for severe blood and fluid loss that can make the heart unable to pump enough blood to the body and can cause organs to stop working, and then auto-transfusing their blood back to them.

In 2013, the report says, students were encouraged to practice inserting catheters into one another after watching a video on the procedure at Hagmann’s 20-acre facility in Pink Hill, North Carolina. When students became reluctant to participate, Hagmann volunteered to be the first subject and made demeaning remarks to men who didn’t volunteer, according to the report.

That July, several students reported being told to drink at least 8 ounces of rum in 10 minutes as part of a “cognition lab” and then being injected with ketamine to experience its effects. Two students who received ketamine were given a local anesthetic typically used for procedures such as circumcisions.