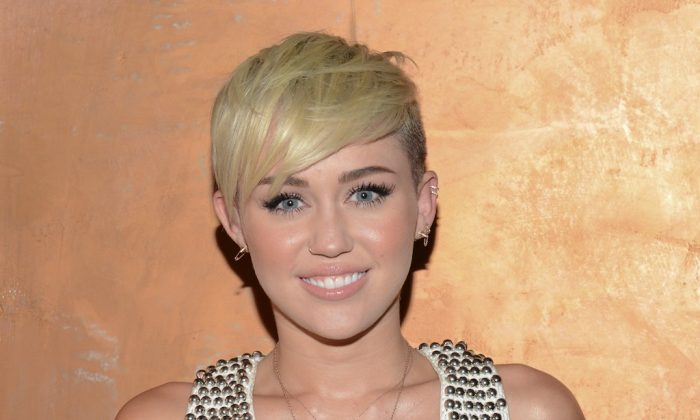 One lucky pop-star: After having her home ransacked by burglars last week and her Maserati sports car stolen, police found the vehicle of Miley Cyrus only 45 miles away from her Los Angeles house.
Entertainment

Miley Cyrus Shares What Has Happened With Hannah Montana

Miley Cyrus became well known to fans when she played Hannah Montana on the hit Nickelodeon show of the same name.

The 10-year anniversary of “Hannah Montana” was on March 24, and Cyrus paid tribute to the show that made her a superstar.

I will always feel eternally grateful for the opportunity and platform I was given.
— Miley Cyrus

In an Instagram post, Miley expressed gratitude to those who believed in her. “I will always feel eternally grateful for the opportunity and platform I was given,” stated the 23-year-old star. “None of it would have been possible with [sic] out every single person who ever contributed to the series.”

As Cyrus distanced herself from her childhood persona—including twerking, sticking out her tongue on the red carpet, posting semi-nudity photos on her Instagram page—she continued the trend by revealing what has happened with her character, Hannah Montana.

According to Cyrus, Hannah Montana is buried in her backyard. “HM is chopped up into little tiny pieces and buried in my backyard,” said the former Disney star.

@realdukeofearles understands the insanity of it all….. Sending love to all my cast members on this anniversary …. To the world it’s a celebration of 10 years but for us the journey began way before the world had any clue who the fuck any of us are ….. There was a very long auditioning process, and many chemistry reads which really is what sold the show to the producers and channel because no matter what went on over the years (which none of you have any clue about but It was like the real world but more hormonal teenagers) our love for each other was unquestionable…. Even though I feel disconnected to who I was at that time I will always feel eternally grateful for the opportunity and platform I was given …. None of it would have been possible with out every single person who ever contributed to the series …. From regulars , to special guests (and there were many magical ones @dollyparton 💞) to creators, crew , directors….. I am where I am because of loyal fans that I am thankful for and of course love dearly all the new angels who support me now….. Even though HM is chopped up into little tiny pieces and buried in my backyard she will always hold a very special place in my heart! Celebrate this day with us! Get real drunk and remember #HM4EVR 👸🏼 send pics gettinnnnn buck wild in honor of this special day! ❤️❤️❤️ #letsplayadrinkinggame watch HM and every time someone says her name take a shot! Yiew hew!

Miley Cyrus isn’t the only one who has made attempts to distance herself from their Disney channel characters.